ODM leader Raila Odinga is one of the richest politicians in Kenya having been in politics for over 3 decades. The former prime Minister has ammased a lot of wealth that runs into billions of shillings.

The corporation was founded in the early 1970’s by the ODM leader while he teaching at the University of Nairobi.

However, the corporation encountered significant obstacles, particularly in the 1980’s following Raila Odinga’s imprisonment. Some oil corporations became fearful of doing business with the Odinga Company out of concern for government resentment. 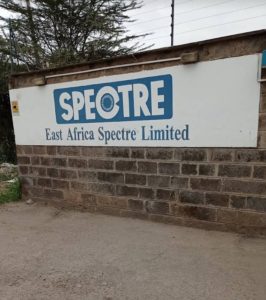 East Africa Spectre Limited acquired a new factory along Mombasa Road in 1988 thanks to a finance deal with the Industrial Development Bank (now IDB capital). The new facility was supposed to make new cylinders while the old ones were to be revalidated. However, due to the difficulties of running two plants, the corporation chose to combine activities under the new company.

Despite purchasing a state-of-the-art cylinder production facilities in 2008, Odinga’s profits have been declining in recent years. This is owing to an influx of low-cost imported cylinders. As a result, Spectre Limited is now tasked with renovating existing cylinders rather than producing new ones.

East Africa Spectre has a monopoly on supplying cooking gas cylinders to oil companies in Kenya, as it is the only private company doing so.

The Odinga family is also tied to the worldwide corporation that deals with petroleum product imports and distribution. The business was founded in 2005 and has an annual sales of more than half a billion shillings yearly.