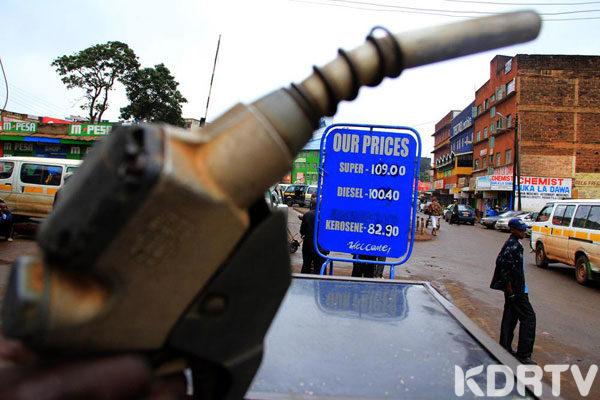 Kenyans will have to face a tougher dry month of January and be forced to dig deeper into their pockets after the Energy Regulatory Commission hiked fuel pump prices to a six-month high.

The regulator in its latest monthly price review yesterday increased maximum pump prices for super petrol, diesel, and kerosene by Sh2.13, Sh2.39, and Sh3.36 a litre respectively in Nairobi relatively low in other towns in Kenya.

Apparently this implies that a litre of super petrol in the capital will now retail at Sh106.3, with ERC blaming the upward review on an increase in the cost of the fuel in the international market.

“The changes to this month’s pump prices are attributed to an increase in the landed cost of super petrol by 3.99 per cent as compared to December 2017, diesel by 4.63 per cent, and kerosene by 6.36 per cent,” said the regulator in a statement.

Consequently, this marks the sixth time pump prices have risen since July last year, when the prices of super petrol and diesel in Nairobi stood at Sh97.1 and Sh84.46 respectively.

Additionally, the price increase will have an immediate impact on the budgets of motorists and consumers, especially poor households that rely on kerosene for cooking and lighting without forgetting the transport sector which will probably record an increase in the fare.

Similarly, It is bound to increase costs for manufacturers, who largely use diesel for powering their operational machinery, which in the long run will be transferred to consumers through the increase in the price of commodities manufactured. Inflation has hit a four-and-a-half-year low despite an increase in the cost of essential goods and services.

It is just recently when the government through the ministry of Agriculture announced an increase in the price of maize flour up to double the subsidized price which left many Kenyans wondering if they could really manage with the current situation. On top of it again fuel an essential commodity is meant force people to spend extra to get their basic needs.