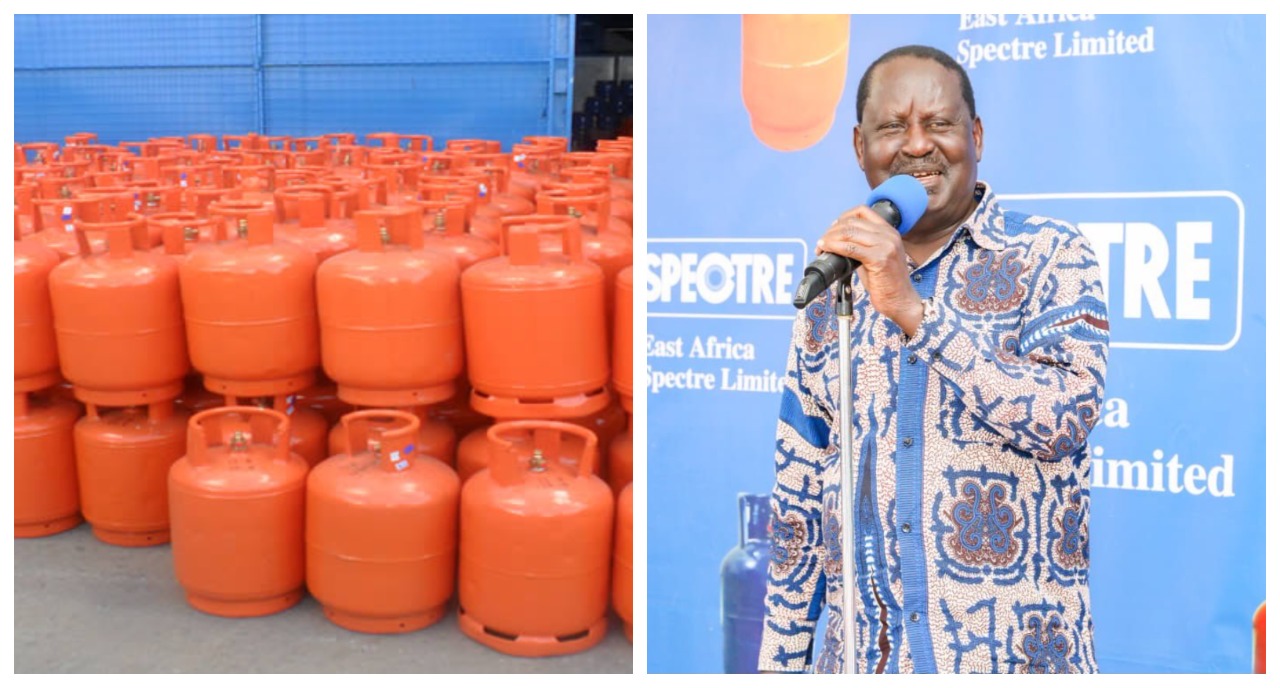 Azimio leader Raila Odinga is well- known for his political expertise. The 77- year- old former Prime Minister has had a long political career filled with highs and lows.

However, his business antics are rarely covered as extensively as his rallies or political chess moves.

In this article Kdrtv explains how the ODM leader built his multi-billion gas empire.

Raila Odinga established EA Spectre Limited back in 1971 while working at the University of Nairobi’ s Department of Mechanical Engineering.

Speaking In May 2022 during a meeting with European Business Council, the Azimio captain narrated how he founded the gas company.

Mr. Odinga revealed that Spectre company was founded after a rare opportunity arose.

Raila revealed that a technician at the University of Nairobi informed him that there was an Indian businessman who was looking to dispose off his equipment in Uganda as he fled the country at a time when infamous dictator Iddi Amin was hell- bent on driving the Indian community out.

Raila went to inspect the equipment and discovered that they were in good condition. However, the businessman demanded Ksh 12, 000, which Raila could not afford at the time.

The young Odinga decided to sell his Opel left- hand drive car to buy the equipment.

The company began by producing casements, steel doors, and windows before expanding into the production of LPG cylinders after identifying a market niche.

It expanded and gained clients such as Total Kenya and other big oil marketing businesses.

Spectre entered into a financial deal with Industrial Development Bank Ltd (now IDB Capital) in 1988 for growth, a deal that allowed it to build a second factory along Mombasa Road.

East Africa Spectre Ltd began a massive overhaul of its production in 2008 in order to boost its market position. The company built a brand- new, cutting- edge cylinder production facility.

Various procedures were mechanized and old machines replaced. A heat treatment furnace, hydrostatic testing rig, and spray painting system were among the machines installed as part of the upgrading.