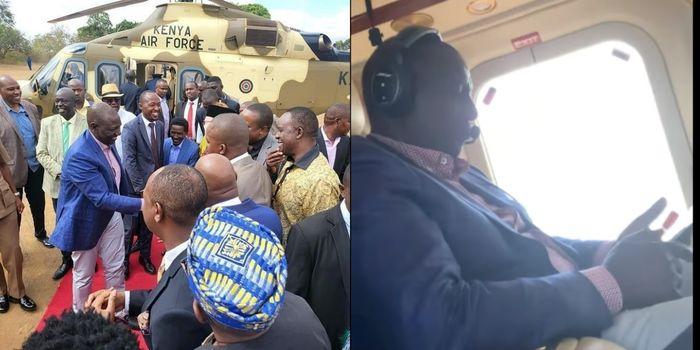 Ruto in a military chopper

President William Ruto usually flies in a military chopper which is maintained by The Kenya Air Force.

The interior of the helicopter, which has been adapted for VIP transport, is around 23 cubic meters and can accommodate up to 26 passengers.

It is made up of soft leather, wrapped armchairs, and high-end furnishings. Other specific elements have been added to assure Ruto’s comfort while on board.

The chopper is handled by professional Kenya Air Force personnel. Kenya Air Force is thoroughly scrutinized before each departure, and the Presidential Seal is affixed on the side of the plane

It is capable of traveling up to 259 km/h and has an operational ceiling of 6000 meters. Additionally, it is designed to undertake military rescue operations.

Ruto’s security team conducts extensive security checks and briefings on all other VIP officials before allowing them to board the chopper.

While on board the officials are prohibited from live streaming or recording in real-time.

According to Simiyu Werunga, the executive director of the Geneva Center for Africa Security, live streaming from a military helicopter could represent a security threat to the President.

“After a president leaves a venue, every action is paused until he lands,” Werunga said in an interview with Kenyans.

President Ruto’s movements are kept incognito with only a few members of his security detail allowed to track his chopper until he lands. 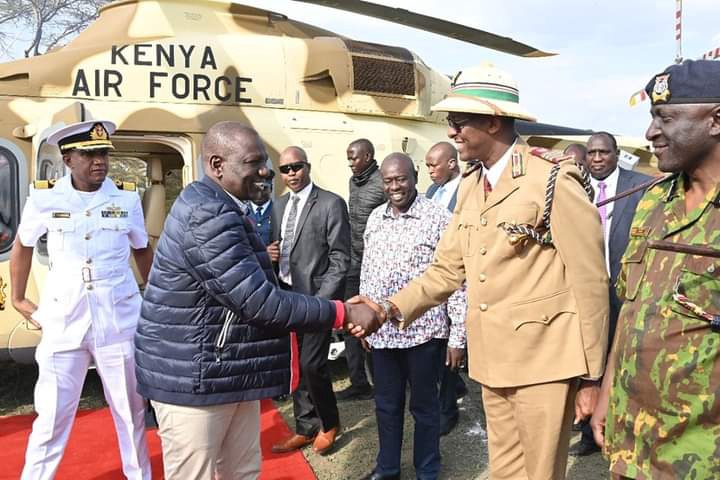 Before boarding the chopper, politicians are briefed by Ruto’s security team in the order in which they enter the plane and how they are shepherded into the Air Force chopper.

They are also made aware of their precise sitting places. The President’s seat is reserved, allowing him to move around and even carry out part of his duties.