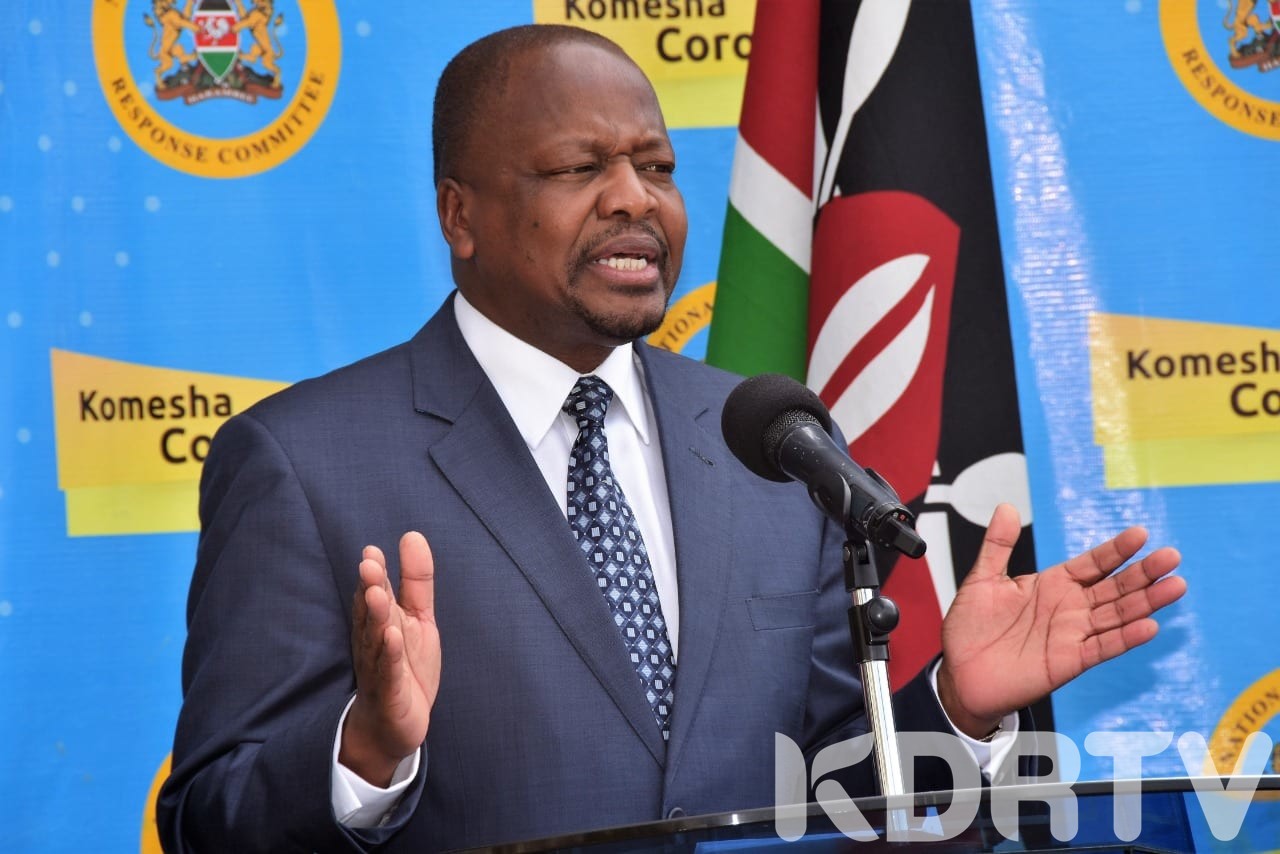 The Ministry of health has also raised alarm on the high rate of infections among men and thus urged the men to emulate women.

While addressing the press, Health Ministry Cabinet Secretary Mutahi Kagwe said that the new cases were confirmed after 3,255 samples were tested in the last 24 hours

According to the CS, among the new patients are 88 males and 45 females

CS Kagwe announced that more men have contracted coronavirus due to varying behavior linked to gender differences. The CS thus urged men to copy the good example from women by being consistent in observing the health measures obligations

“We need to understand why so many men are getting this virus. If we were able to drop the number of men to the level of number of women you can see we’d drop the numbers substantially,” said Kagwe.

“And I think it is to do with behaviour. Women essentially are exhibiting a more careful and consistent approach to this disease than men. we as men must adopt the same attitude.”

The new COVID-19 cases were distributed in various counties as follows; Nairobi-86, Mombasa-27, Kiambu-7 and Busia-5. At the same, Murang`a, Kilifi, Kajiado, and Migori reported two cases each while Machakos had one case

In Nairobi, the many cases were reported in Westlands-13, Embakasi-10, Makadara-9, Lang`ata-8, Embakasi East-5, Roysambu-5, Starehe-4 among others.

In Mombasa, Mvita has the highest infections with 16 cases, Kisauni had 6 cases and Nyali 3 cases.

Again, the health ministry reported that 40 more patients had recovered from the respiratory disease and have been discharged from various health facilities raising the total number of recoveries to 1,326.

Read also: Waiguru Says Only God Can Save Her

KDRTV understands that the country has tested a total of 121,956 samples