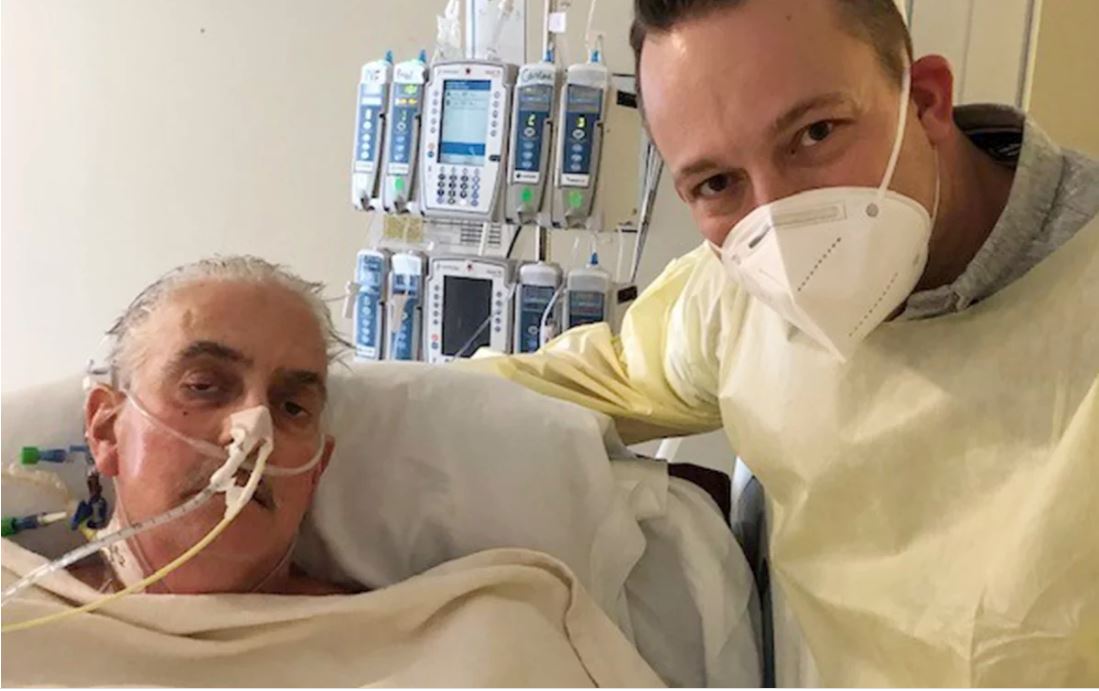 David Bennett Jr. (right) stands next to his father at a Baltimore hospital on Jan. 12, five days after doctors transplanted a pig heart into the older Bennett, in a last-ditch effort to save his life. University of Maryland School of Medicine via AP

David Bennett, the first person to receive a heart transplant from a pig, has died two months after the ground breaking experiment, the hospital that per- formed the surgery has announced.

Bennett, 57, died on Tuesday at a hospital in Maryland in the United States, and doctors did give an exact cause of death.

In a statement on Wednesday the hospital said his condition began deteriorating several days ago, adding that Bennett was given “compassionate palliative care” after it became clear that he would not recover. “We are devastated by the loss of Bennett. He proved to be a brave and noble patient who fought all the way to the end,” Dr. Bartley Griffith, who performed the surgery at the Baltimore hospital, said in a statement.

Doctors for decades have sought to one day use animal organs for life-saving transplants. Bennett, a handyman from Hagerstown, Maryland, was a candidate for this newest attempt only because he otherwise faced certain death – ineligible for a human heart transplant, bedridden and on life support, and out of other options. Prior attempts at such transplants – or xenotransplantation – have failed largely because patients’ bodies rapidly rejected the animal organ.

This time, the Maryland surgeons used a heart from a gene-edited pig. Scientists had modified the animal to remove pig genes that trigger the hyper-fast rejection and add human genes to help the body accept the organ. Bennett’s son praised the hospital for offering the last-ditch experiment, saying the family hoped it would help further efforts to end the organ shortage.

“We are grateful for every innovative moment, every crazy dream, every sleepless night that went into this historic effort,” David Bennett Jr said in a statement released by the University of Maryland School of Medicine. “We hope this story can be the beginning of hope and not the end.”