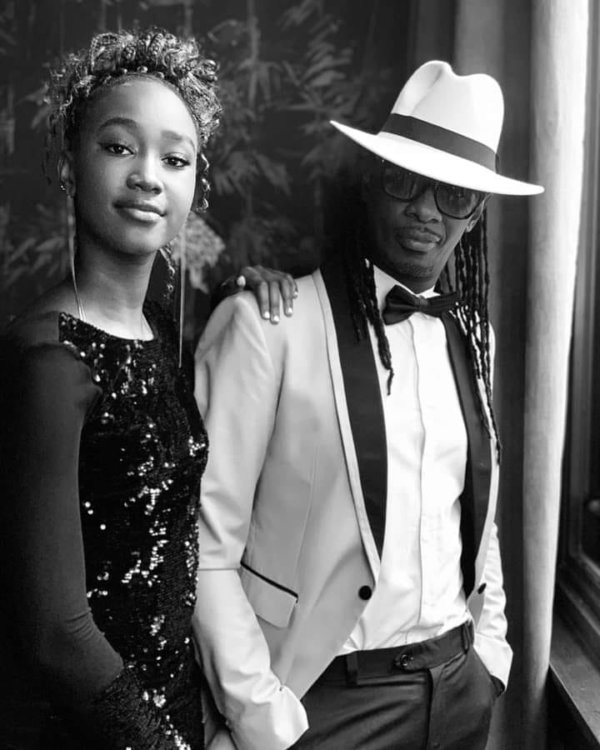 Nameless and his daughter Tumiso

(KDRTV) – David Mathenge alias Nameless and his wife Wahu Kagwi celebrated their 15th wedding anniversary just the other day. The two lovebirds officially got married in the year 2005 in a beautiful traditional wedding. They have since been blessed with two beautiful daughters, Tumiso and Nyakio Mathenge. Their marriage has always been used as a good example to advise couples on how a man and his wife should live with one another when they are both in the limelight.

They had a photoshoot during their anniversary when they took some of the most amazing photos that have been trending on the internet. One of the photos taken was that of Nameless and his eldest daughter, Tumiso looking awesome. Tumiso has really grown and she turned 14 years old just recently having been born on 1st August 2006.

READ ALSO: Oscar Sudi’s Brother-In-Law Given A Dog’s Beating After An Altercation With The Police

There is no doubt that the girl is beautiful and she has the height of her 44-year-old father. But as usual, Kenyans are always keen to note the nitty-gritty. One keen Kenyan noted that Nameless and Tumiso look very much alike, especially the lips and the noses. In fact, Tumiso is the female version of her father. Check out the photo below; 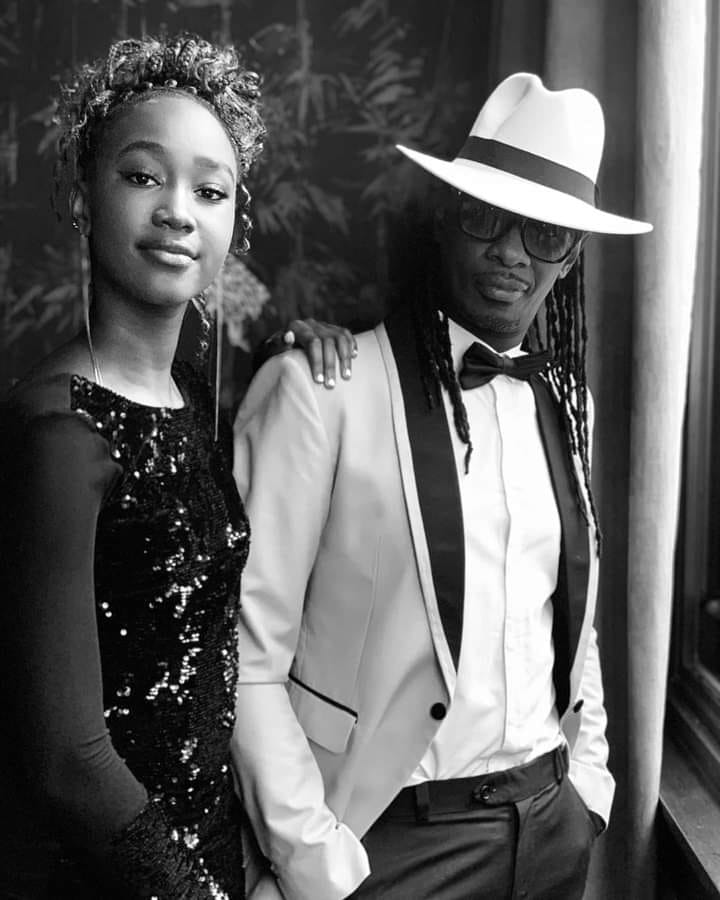 Nameless and his daughter Tumiso

“Na wanafanana! Look at those lips. They are a carbon copy of each other,” wrote one Callen Kemunto.

Another one noted that Nameless rarely takes off his glasses. It is very difficult to find Nameless in a photo with his glasses off, maybe when he was a small boy.

“Why can’t Nameless take off his glasses and hat one day so that I see him well”remarked one Darrel Nyaimbo, on a light note.

Check out a screenshot of the comments below; 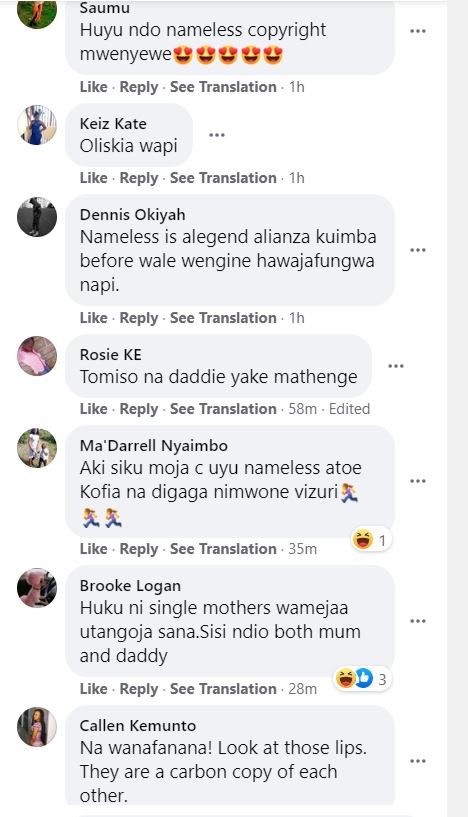