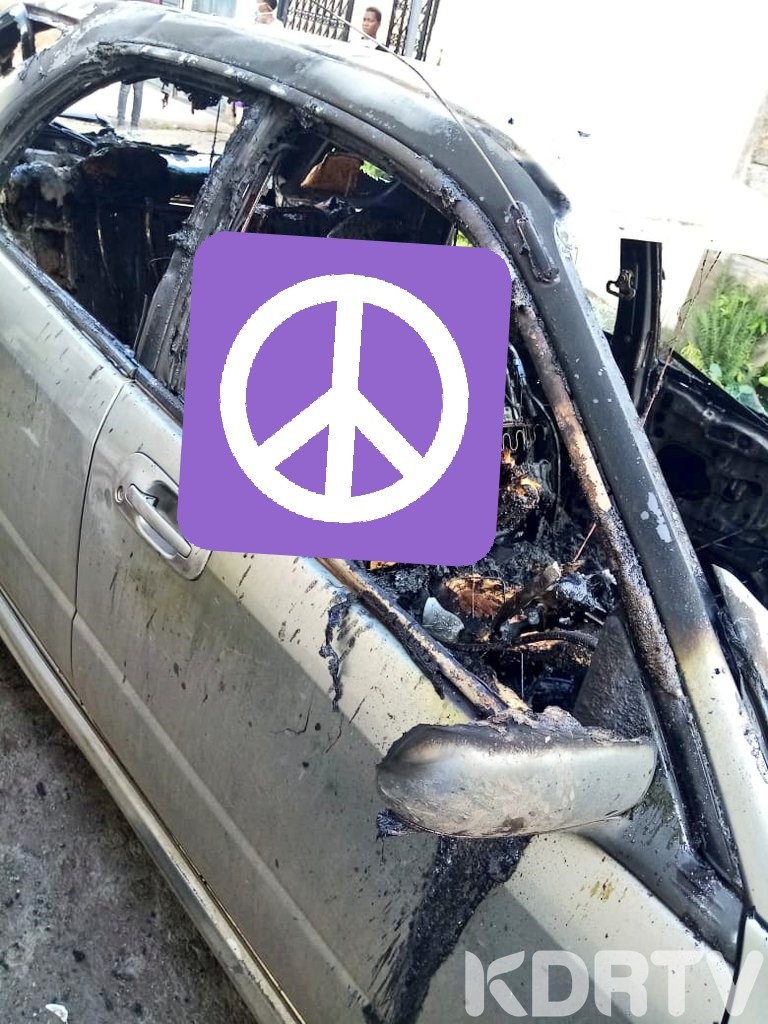 Wednesday was a normal morning for Terrence Korir, an employee of a bank in Westlands. Korir entered his car at around 8:30 AM ready to go to work but he didn’t leave the parking lot.

He was burnt beyond recognition after his vehicle mysteriously caught fire. According to police reports, the car Bonnet caught fire immediately the 36 year old ignited it. Naturally, the first thing anyone does when a car catches fire is to jump out of the vehicle.

It is not clear how the resident of of Mai Mahiu Court on Katulo Road in Buruburu could not jump out of the vehicle and burnt to ashes,

Social media is now awash with reports that Korir could have been set on fire by his wife, only identified as 29-year-old Ruth Wanjiru. It is not clear why Ruth would burn the father of her two children.

A Woman sets her husband in Buruburu on fire & reduces him to ashes. I see no Feminists around saying domestic violence this, domestic violence that. Men suffer in silence in toxic marriages. We definitely need to take up this matter seriously. From cutting off our dicks to fire.

Woman sets husband on fire in Buruburu. Surely, should the ending be this fatal? Where are the feminists . Say something. Even men are human beings. pic.twitter.com/gHiNCNhHIv

Of course, there is another version to this story. There are claims that our friend Korir could have committed suicide in the vehicle. But if it is suicide, why make it so cruel? Like we said earlier, this was not a normal accident.

Whether the Buruburu man set himself ablaze or was killed men need to learn to find ways of quitting the things that drain them. Please. You are human. #StopKillingMen

We hope detectives will get to the bottom of the matter.