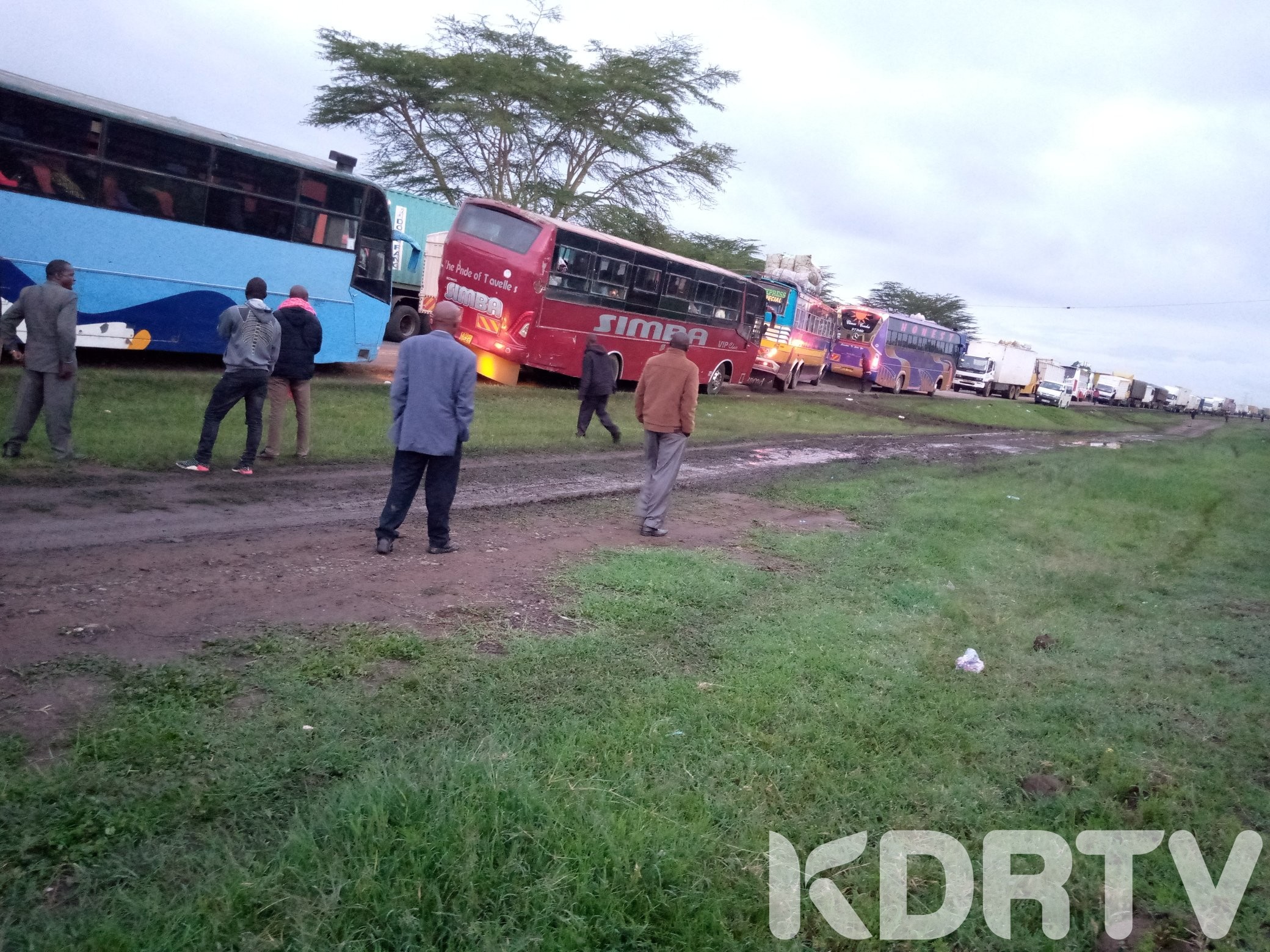 Hundreds of motorists have spent the night at Gilgil on the busy Nairobi-Nakuru highway over a huge traffic snarl up.

The worst hit area is between Kikopey and the Gilgil weighbridge where motorists have literally switched off their engines and gone to sleep.

Police are on the spot for failing to solve the mess. It is believed some motorists veered off the roads in attempts to escape traffic which worsened the situation.

TRAVEL ADVISORY: THINKING of travelling from Nakuru to Nairobi or vise versa this morning? Perish that thought/plan until you know it's clear.

We have been stuck between Gilgil Weighbridge and Kikopei for more than 7hrs now and there's no sign of getting out any soon.

Most of those stuck in traffic took to social media to lament about their frustrations.

Gilgil is a disaster.. Been here for 5hours and still counting.. Of note is the police officers here who looks overwhelmed by the mess they have created… Talk of the need for retraining these 1900 retarded people!!! @FredMatiangi , are you there?

8 hours down the line and no signs of moving. What's really going on at Gilgil? pic.twitter.com/naiALN95CI

Gilgil is a parking zone.Kind of a traffic you can meet a new chic,date her and break up before jam isonge. pic.twitter.com/ta9PeVQ5YA

The head of traffic in nakuru county should be sacked. The scenarios at gilgil – naivasha have now become a common practice. Someone is sleeping on their job!!! pic.twitter.com/77Ubr6l39Y

Though the cause of the traffic has not been established,  President Uhuru Kenyatta presided over the NYS pass out on Friday.  We can’t confirm if the two incidents are related.