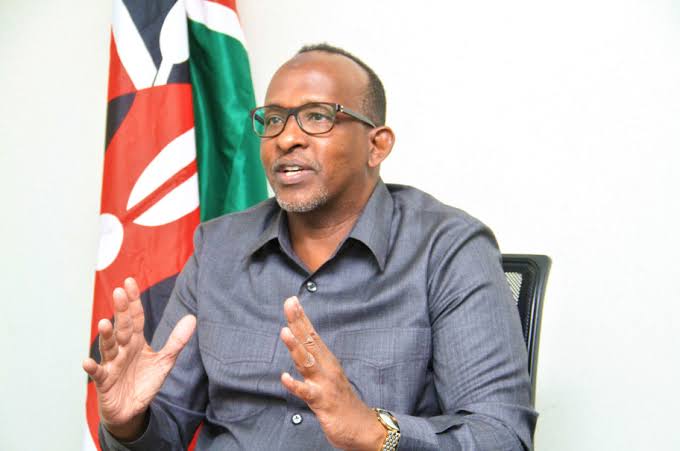 Aden Duale is currently the Cabinet secretary nominee for Defense. However, this seem not to be well with the Pokot South MP who asked what made Ruto pick him for Defense and not any other docket. “What do you think the president saw in you to nominate you for defence, not any other thing, not finance, what is that he saw?” he asked. Nonetheless, Moses Wetang’ula intervened saying that it was an unfair question but Pkosing insisted that it was a sober question.

Recently, Aden Duale has disclosed that he is worth Sh851 million. He revealed this when he faced the National Assembly Committee on appointments. According to Duale, the assets include 231 camels, sheep and goats.

“Chair, I’m worth Sh851 million including the assets I own. Including the goats, sheep and camels that I own, I even had to go and value my 231 camels somewhere in Kitui county,” he said.

On the other hand, the Garissa Township MP said his current income stands at about Sh10 million.

“My current source of income annually in terms of rentals and other is about Sh10 million.” Duale is the third of the cabinet nominees to face the panel today.

Duale has been and still is a close ally of President William Ruto. Their friendship began in 2007 when he first joined politics and were both elected on an ODM party ticket. Subsequently, they maoved to United Republican Party (URP) in 2011 before joining Jubilee and later on United Democratic Alliance (UDA).

Subscribe to watch latests videos
In this article:Aden Duale, Kdrtv