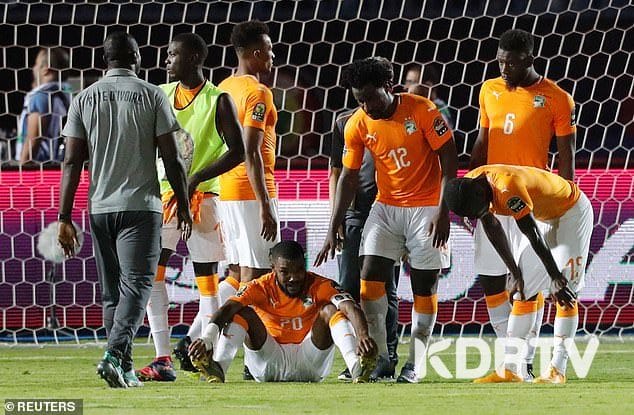 The Algeria National Football team has bundled Ivory Coast out AFCON 2019 in penalties after earning a draw of 1-1 during the normal and extra time.

In the penalty shoot outs, experienced striker Wilfried Bony and Serey Die of Ivory Coast missed penalties in the shootouts making Algeria to earn a victory over Ivory Coast on Thursday night.

During the normal match time, at the 62th minute, Jonathan Kodija equalized Sofiane Feghauli`s goal that was scored in 20th minute.

Next, Algeria will face Nigeria in the AFCON 2019 semi-finals at the Cairo International Stadium on Sunday this week.

The following semi-finals match is between Madagascar and Tunisia. KDRTV understand that the President of Madagascar is present in Egypt to watch his boys face Tunisia.

READ ALSO:27 Betting Companies that the Government has refused to renew their licenses

The Super Eagles of Nigeria earned their victory after beating South Africa`s Bafana Bafana during normal time to proceed to semi-finals.