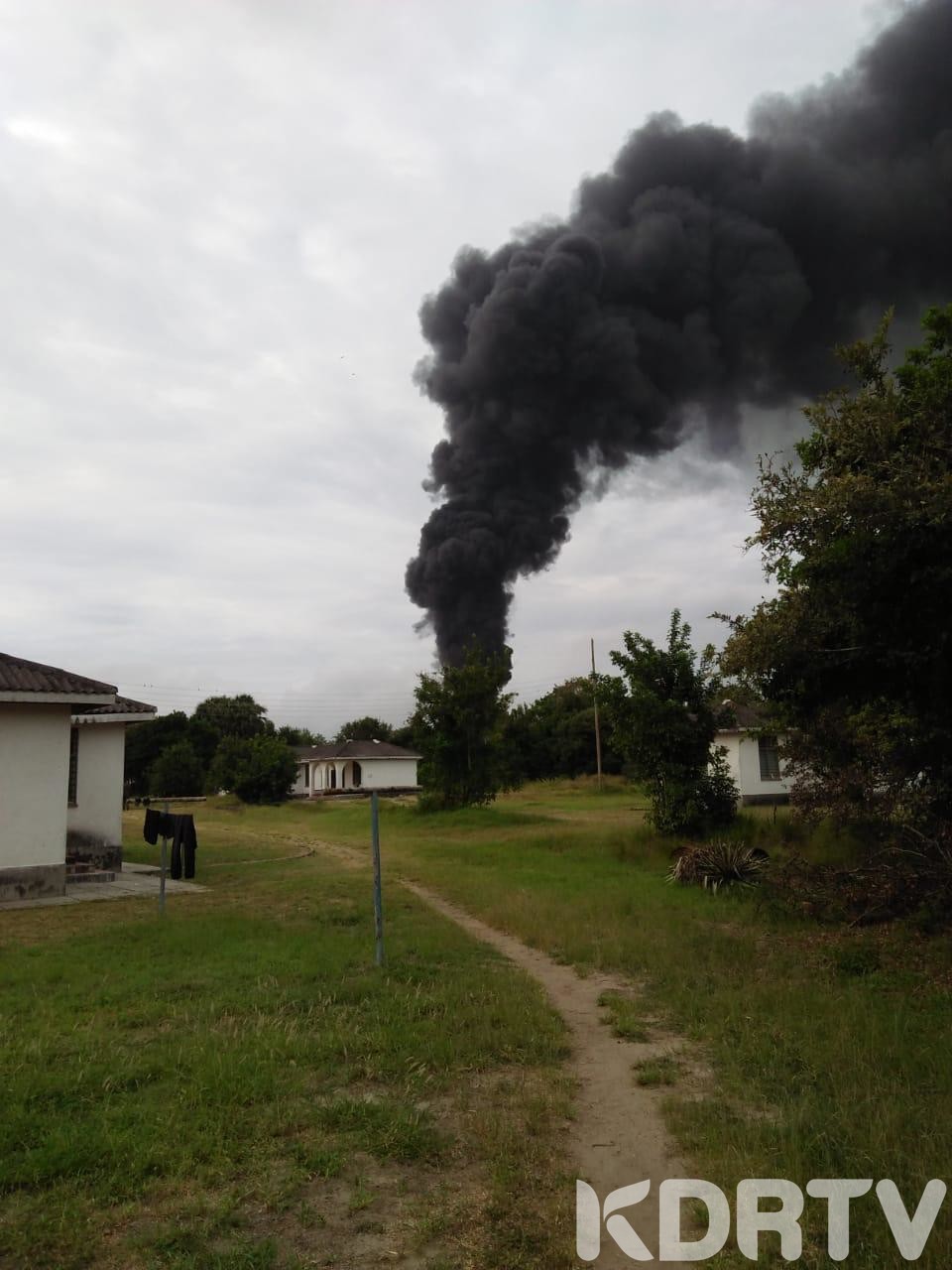 (KDRTV) – Somali based terror group Al Shabaab has confirmed that they attacked of a US Camp Simba Naval base in Lamu County.

The facility, which is located in Manda Bay is home to hundreds of US and Kenyan soldiers.

According to a statement from Al Shabaab, the army base is used as a launch pad for the American crusade against Islam.

The statement further said that the gunmen had taken control of a section of the base and inflicted casualties on both the American soldiers and the Kenyan soldiers.

The terror group also claims to have destroyed US military equipment which include aircraft and vehicles.

Here is the statement: 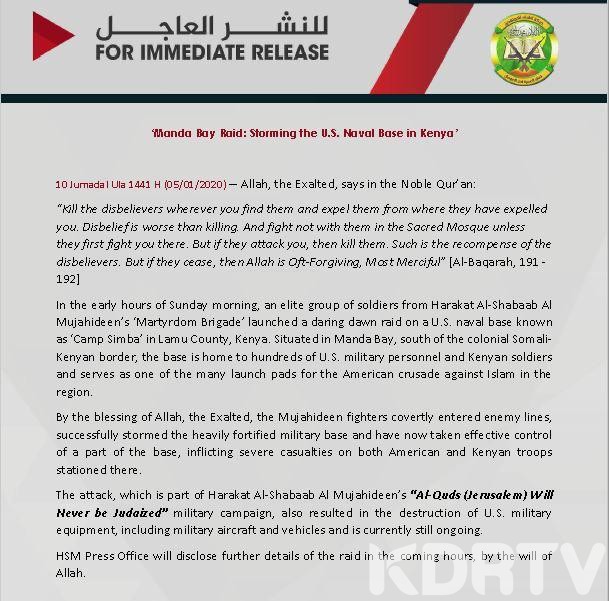 The Kenya Government has not issued a statement on the attack.

According to witnesses, heavy gunfire was heard at the base from as early as 4AM.

At least three people died in the incident.

They said the attack was in retaliation to the US President Donald Trump’s decision to recognise Jerusalem as the Capital of Israel.

The Islamic nation of Palestine, has claimed the city.