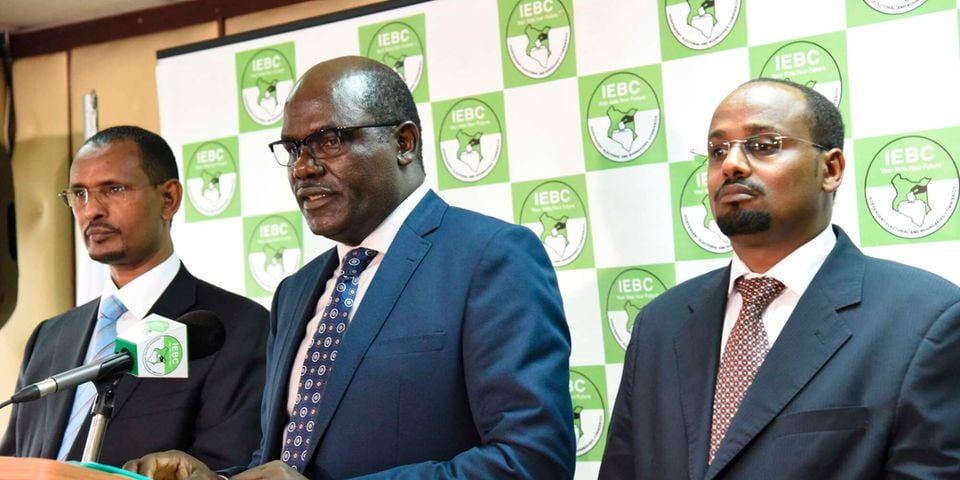 Wafula Chebukati on Tuesday January 17 retired from the Independent Electoral and Boundaries Commission IEBC together with Commissioners Abdu Guliye and Boya Molu.

The three will have a cumulative send off package of Ksh 32.7 million.

According to the guidelines provided by the Salaries and Remuneration Commission (SRC), Chebukati’s basic salary is Sh554,400 without allowances, whereas each of the two commissioners earns Sh459,113 without allowances.If all allowances are included, Chebukati’s gross pay becomes Sh924,000, which includes a Sh200,000 house allowance and a Sh169,600 salary market adjustment.

The three were appointed in January 2017, along with four others who resigned following the 2017 General Elections.

Four new commissioners were appointed in 2021 to replace them but three of  have so far resigned leaving only Irene Masit.

Four petitions were filed before the National Assembly seeking to remove the “Cherera four,” who denounced the August 9 2022 presidential results prompting the formation of a tribunal to remove them from office.

The tribunal must complete its hearings and report its findings within 30 days, with the President expected to act on them.

The departures of Chebukati, Molu, and Guliye are likely to have an impact on the boundary review process, which is scheduled to be completed next year. The collection of public feedback is expected to begin this year.