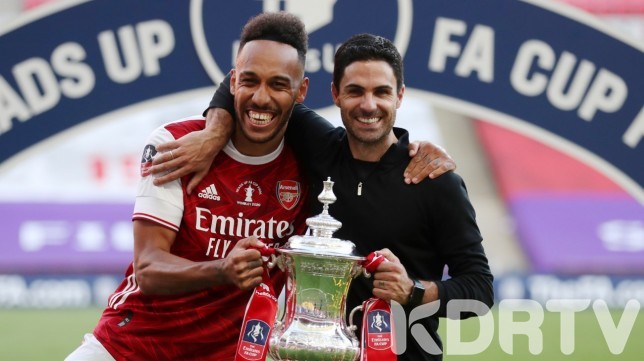 (KDRTV) – Arsenal Captain Pierre Aubameyang is on the verge of penning down a contract extension that will keep him at the Emirates for the foreseeable future, several sources in London have reported.

Auba, Arsenal’s leading goalscorer, has been in protracted contract talks with the club in recent months. His current deal ends in July 2021.

Arsenal are on the brink of agreeing a new three-year contract with Pierre-Emerick Aubameyang. [Telegraph] pic.twitter.com/WmkgQx7jaW

The new deal will cover his current 12-month contract and extending it by a further two years.

Arsenal has never hidden the fact that they need to keep hold of their talisman as they believe he is crucial to coal Mikel Arteta’s plans. Auba won his first major trophy with Arsenal when they beat Chelsea in the FA cup last weekend. He scored both goals in the 2-1 victory. He was also instrumental in the team qualifying for the final as his double saw off Manchester City in the semis.

In July, Auba became the fastest player to reach 50 premier league goals for Arsenal after his goal against Norwich. He achieved the feat in 79 games, four less than club legend Thiery Henry.

Arsenal needs to keep hold of Aubameyang, having lost influential and experienced players in recent seasons. The club lost Aaron Ramsey and Laurent Koscielny last season. Alexis Sanchez left in the previous season while Mesut Ozil is also on his way out. Tying Aubameyang to a new deal will be a step in the right direction.

Thursday has been a good day for Arsenal following the announcement of former Chelsea Wideman Willian who has signed a three year deal with the gunners. The Brazilian international is the first of several new faces expected in North London this summer.

Subscribe to watch latests videos
In this article:Arsenal, Aubameyang, Headlines