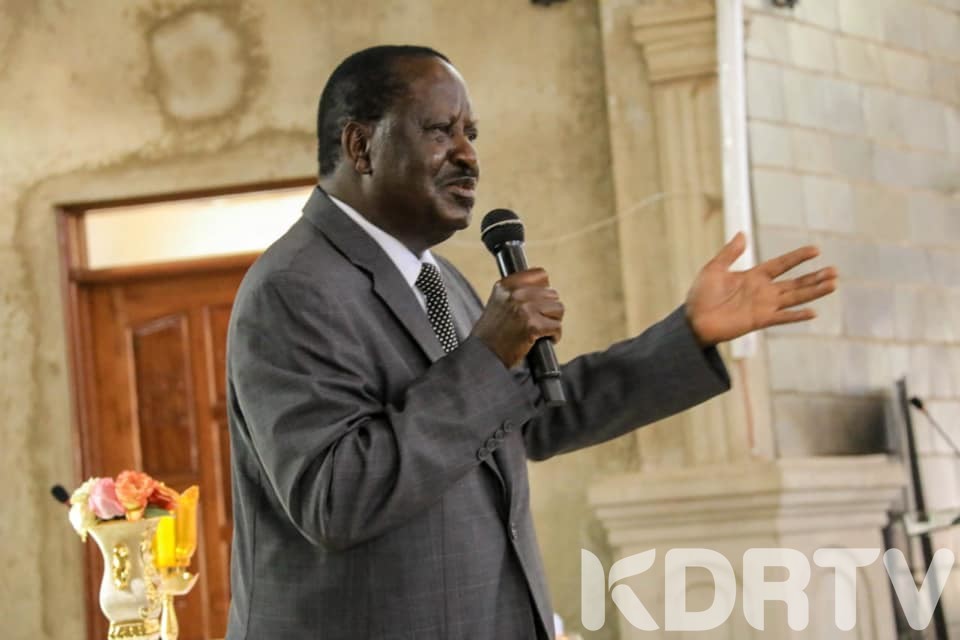 Raila who was speaking during a burial of Senator Irungu Kangata`s father on Monday, dismissed claims that the initiative was a vehicle for facilitating his chance as well to clinch power in 2022

“The BBI process which was birthed by the handshake is not meant to enable Raila to be president or to make Uhuru a prime minister,” He said.

Raila Odinga was responding to claims that BBI has been hijacked by people who want to enhnace their political interest in the spectrum of BBI.

Mr. Odinga also said that BBI rallies will now move to Tanga Tanga zones where they would afford critics chance to air out their grivances

“Those of your political persuasion should wait for the rallies. We will soon be in Eldoret where they can air their views.” Raila said as he addressed Senator Kipchumba Murkomen

On the same note, Raila defended the contorversial statements made during the Maa community BBI rally over the last weekend

Parents look forward to the time when our son or daughter learns to write. But, contrary to what it may seem, age is not a determining factor for learning to write in the infant stage; On the other hand, the development of thought and language is. Fred, pedagogue and writer from this top site, clarifies some important doubts for us. At this point, there are mixed and conflicting opinions between different schools and methodologies. The most recommendable thing is that in Early Childhood Education (3, 4 and 5 years), they have the first contact with written language without requiring children, at the end of this period, to know how to read and write normally. At this stage, they make strokes and become familiar with the various instruments (waxes, pencils, etc.), develop their ability to draw, and begin to know some letters and words (such as their names). All this in a playful way, which sparks his interest in written language. At this stage, and up to 6 years, we can talk about initiation to the writing process. In schools, it is still frequent to bring all the students in the group at the same pace, regardless of individual differences (a predominant type of intelligence, learning style …). Currently, with the constructivist methodology, just as happens in reading, children use writing to communicate, express themselves or entertain themselves, inventing it according to their own rules and gradually approaching the conventional system through a process that progresses together with its stages evolutionary. But, regardless of the pedagogical method used, the child’s interest, his predisposition, will prevail. In addition, it is necessary to consider that each child has his rhythm, although we know that all will achieve the objective.

KDRTV noted that when the Senator Ledama Ole Kina was adddrressing the historical land injustices, he made a controversial statement over land ownership in his county especially with non-Maasai people