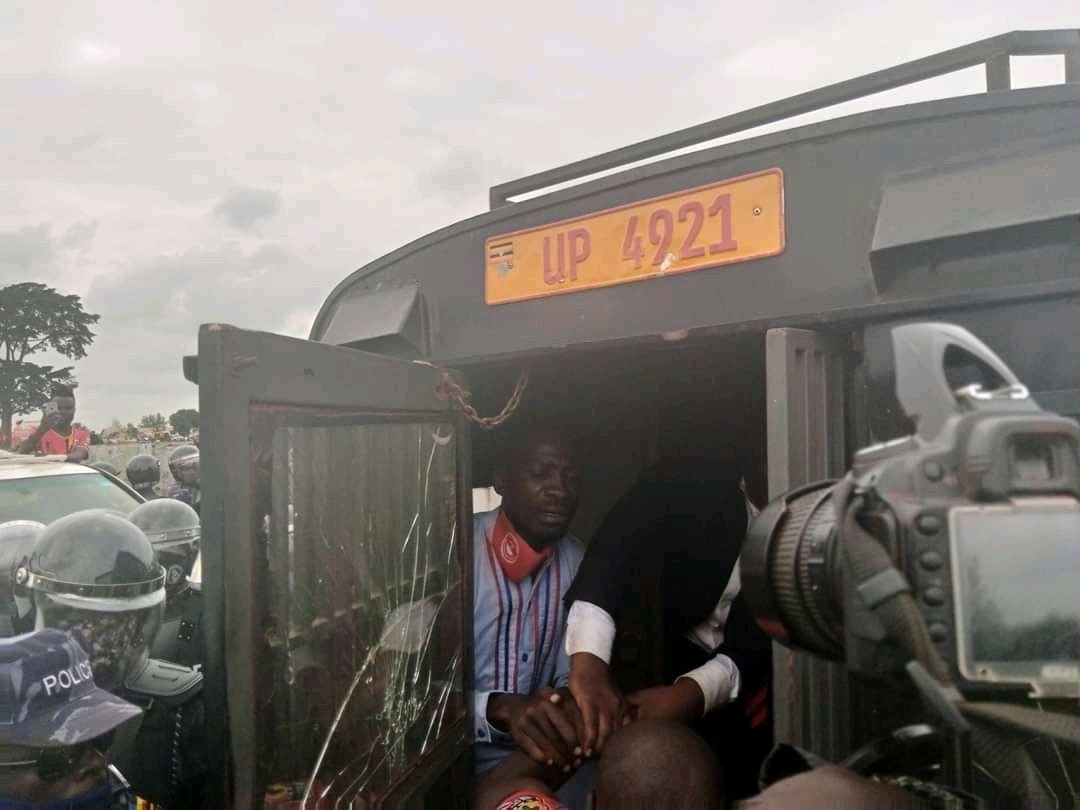 Bobi Wine, a presidential candidate in this year’s education, was arrested as he led opposition MPs to demonstrate at city square.

His official social media account said the politician and his allies were demonstrating over state abductions and kidnapping.

“Bobi Wine arrested as he led MPs and other leaders in a peaceful protest against the abduction, torture and murder of his supporters. The protest was taking place at City Square, Kampala,” a statement on Bobi’s handle said.

Bobi Wine arrested as he led MPs and other leaders in a peaceful protest against the abduction, torture and murder of his supporters. The protest was taking place at City Square, Kampala.
~ ADMIN

Hundreds of Wine’s supporters were arrested during and after the contested January Presidential elections. There whereabouts remain unknown.

Bobi Wine has alleged that some of them were killed while majority have reported to have been tortured by police.

AS IT HAPPENED: This is what our cameras captured as @NUP_Ug President Robert Kyagulanyi and some party members were arrested from downtown Kampala where they were staging what termed as a peaceful protest. #NTVNews #UGDecides2021

Bobi Wine, who came second after President Museveni in the elections, has alleged that the poll was stolen.

The President, in an address to the nation, claimed that Wine and his camp stuffed ballots in Kampala and other areas where they had weak systems.

It is the opposition especially this group of Kyagulanyi which cheated massively in the 2021 #elections, through ballot stuffing here in Kampala and other parts of Uganda where we had a weak organization – Museveni #NTVnews #M7Address pic.twitter.com/CxqlI58rai

Uganda has generally remained calm since after the polls sue to fear of a police crackdown on dissidents.