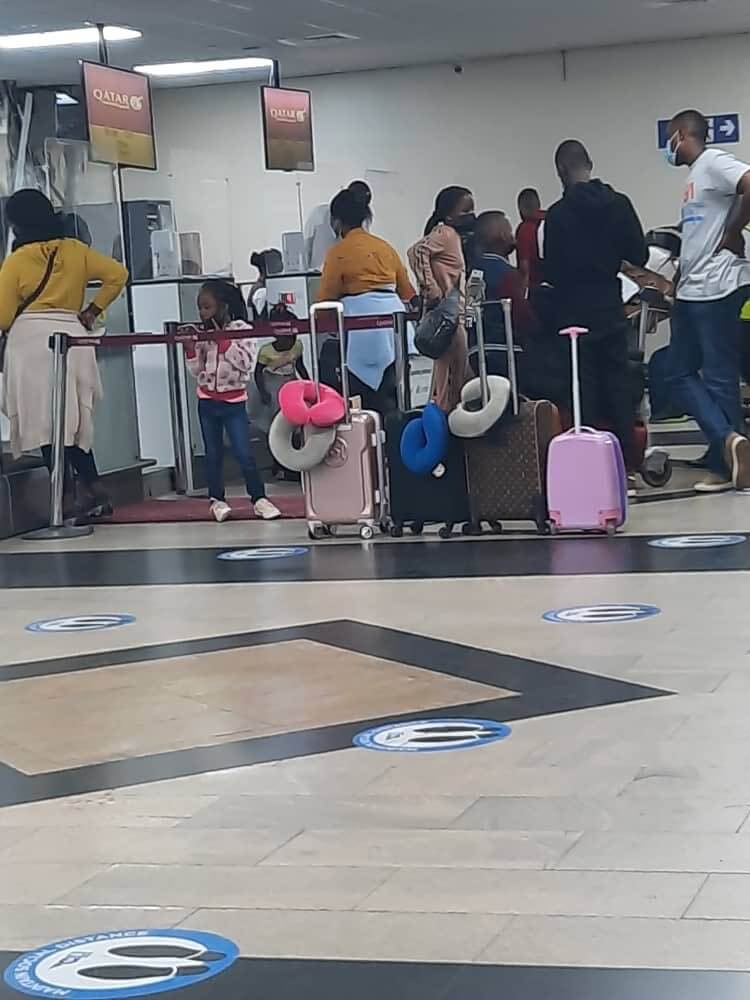 (KDRTV) – Uganda’s opposition leader Robert Kygalunyi, alias Bobi Wine, has raised questions on social media after flying his children to the USA ahead of next week’s presidential elections.

Bobi Wine was pictured at Entebbe airport on Wednesday evening helping get his four children to a Qatar Airways plane. The four children were accompanied by their aunt. According to media reports in Uganda, the children are set to stay in America until at least February 6.

Justifying the decision to whisk his family out of the country, Bobi Wine said that he had credible reports about a planned abduction by President Yoweri Museveni’s regime.

Those saying mbu Bobi Wine has flown his children in the USA look ,

In December 1985, Museveni did the same , he flew his family to sweden because he knew he was going to capture power ! So if you know then you know ..

“You have seen that for months, I together with the people around me as well as my family have been placed in great danger by the regime. I am told that they wanted to grab one or two of my children, put a gun on their heads, and get me to say things that I don’t believe in,” the Kyadondo East MP said.

Bobi Wine has spoken out on the matter in relation to his children pic.twitter.com/USLqw1Tl0e

The popstar musician said that he had opted to get his children out of harm’s way as they are not voters. He said he will lead the revolution together with his wife Barbie Kyagulanyi.

Bobi Wine has been arrested more than 10 times since 2018. He has had his driver and bodyguard killed under unclear circumstances in that period.

Chaos are expected in the East African nation in next week’s elections with the government announcing that it will deploy at least 50,000 security officers at polling stations.

Meanwhile, President Museveni has accused some unknown people of trying to steal next week’s elections.

“I have the information. People are planning to steal elections, including election officials bribed to change results or facilitate multiple voting,” the President said in his new year address.