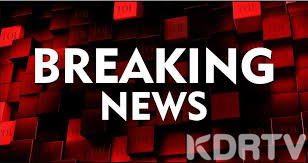 According to reported verified by KDRTV News, the six were suspected by the irate mourners to have been involved in the killing of the businessman Johannes Okoth who was shot dead two weeks ago by unknown muggers.

According to reports reaching us from Ahero area where the slain six were coming from, William Omondi (Sisco), a brother to a woman whose husband died, was accompanied by six men to the funeral, which is a norm in that society.

However, the villagers of the businessman pointed hands at the second wife who was a relative to slain six people.

The six were reportedly in a black suit and dark googles and they were paid by a relative to protect her during the funeral.

Unfortunately, they irritate mourners descended on the bodyguards killing six of them

In a popular blog by a famous man known as Apuoyo Biggy, we found his side of the story, however, we are yet to verify.

“The woman whose husband died, comes from ahero and is a niece to one of those killed. As a norm, brother Sisco…one of those killed, was accompanied by his friends “The wazitos” to the funeral. Unfortunately it happened that the husband to the lady was killed in a mysterious way and the villagers pointed a hand at the second wife, who happened to come from ahero and a relative to all those killed.
When they arrived, there was some kind of tension and they went to the police and reported. The police went to the villagers and assured them, that those were good people who just came to mourn. After they reached home, they were surrounded. They were never armed. …and they were defenceless given all those who surrounded them were armed with pangas and other weapons. They weren’t given any chance to talk and that’s how they were killed…All those killed, Phillip Kwach (Philo), William Omondi (Sisco), Elvis Otieno, Richard Nixon, Evans Onyango and Ochi were known to me personally. They were very humble and down to earth. We have to thank God for keeping us safe this far..

Finally we have to thank the Bumala Police, led by the DCIO who who were with us all through the transfer process and escorted us with the 6 bodies until they ensured we were safe. May the Almighty bless them.

As we embark on the journey home (Ahero) we pray for journey mercies,” wrote Biggy