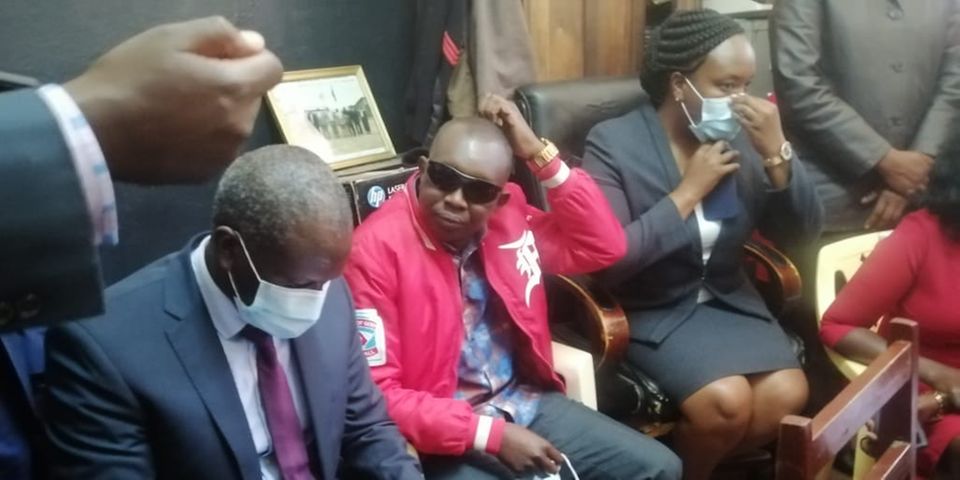 (KDRTV) – Embattled Kapseret MP Oscar Sudi will remain in custody for seven days until the hearing and determination of his bail application.

Appearing before Nakuru Magistrate Joseph Kalo in Nakuru on Wednesday, the prosecution said they needed more time to investigate some of the charges against the controversial lawmaker.

Sudi Detained For 7 More Days:
Nakuru court rules that MP Oscar Sudi will be detained for 7 more days. Sudi has been in police custody since he was arrested on Sunday

Sudi was arrested on Sunday after he presented himself to Langas Police Station in Eldoret. He was airlifted to the Nakuru Central Police station.

Police claim he made hate speech remarks towards President Uhuru Kenyatta and his mother Mama Ngina Kenyatta. The MP has maintained that his utterances were not offensive as he just said all mothers are equal.

Police also allege the MP resisted arrest when they raided his Kapseret Home on Friday evening. Police camped outside the homestead for more than 12 hours after being blocked from entering the homestead. When they finally gained entry, Sudi was nowhere to be seen.