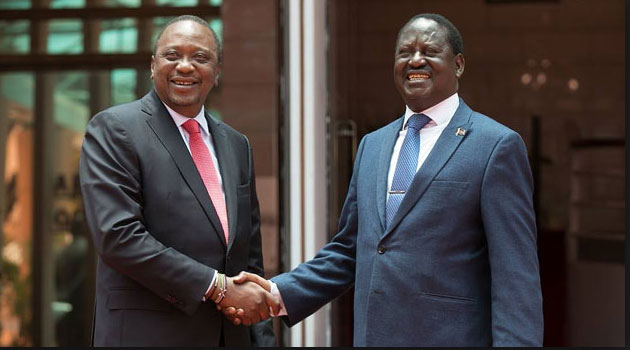 The handshake will be crucial in Nairobi elections

The appellants include the Attorney General, the BBI Secretariat among others and they have been decreed to serve the respondents immediately

KDRTV also learned that the court directed that all submissions by the parties be limited to only three pages.

READ ALSO: Inside Governors Move To Stop Impeachments Of Colleagues

In the directions issued to the parties through an email, the appellant court has ordered them to file and file their documents as they await the President of the Court of Appeal Justice Daniel Musinga to constitute a bench to hear the appeal

KDRTV understands that this would be the first task for Justice David Musinga after he was elected the President of the Appellant court on Monday.

“The Honorable President of the Court of Appeal shall constitute a bench to dispose of the application,” the directions state.

This was after President Uhuru Kenyatta filed a notice of appeal claiming that he was not satisfied by the high court judgment and attends to appeal it.

The President claims that during the judgment, he was not personally served

KDRTV understands that the judgment concerning the fate of BBI raised several reactions among supporters of various political parties across the country.

At the same time, the ruling shutting the fate of BBI was considered to be a winning game on the side of the Hustler nation.