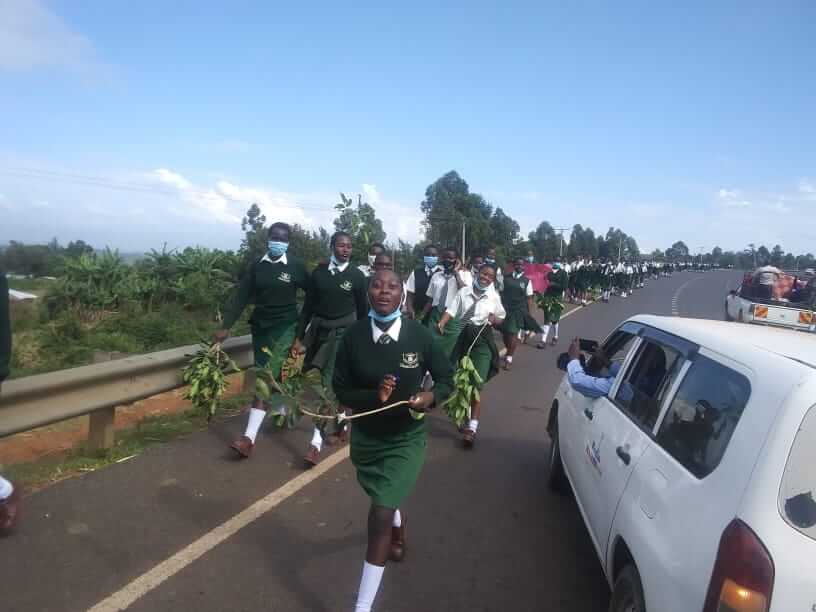 (KDRTV) – Traffic was paralysed along the Webuye-Kitale highway on Tuesday after Lugulu Girls students took to the streets to demonstrate over alleged defilement.

The form iv girls walked for more than 5 kilometers to Webuye Police Station to report the incident, accusing their principal of attempting to cover up.

They claimed that one of them was defiled as she took a shower at around 4 AM on Saturday last week.

It is still not clear what really happened some reports indicate that the minor was almost raped by an unknown male.

The Principal, according to the students is trying to cover up the incident and has warned the teachers and students from reaching out to the girl’s parents.

Subscribe to watch latests videos
In this article:Lugulu Girls