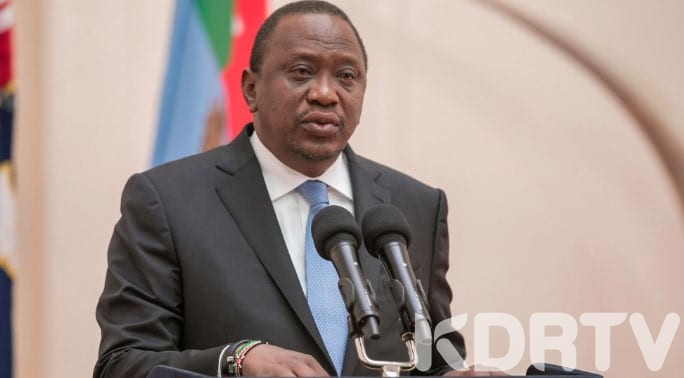 President Uhuru kenyatta has sent all  Kenya Ferry Service (KFS) Board members packing, through a gazette notice following the deaths of mother and daughter in the Likoni tragedy.

“In Exercise of the powers conferred by section 7 (3) of the State Corporations Act, I, Uhuru Kenyatta, President and Commander-in-Chief of the Defence Forces of the Republic of Kenya, revokes the appointments of Dan Mwazo, Daula Omar, Naima Amir, Philip Ndolo, Rosina Nasigha Mruttu, as Non-Executive Chairperson and members of the Kenya Ferry Services Limited, with effect from the 16th October, 2019,” reads the notice.

JUST IN: President Uhuru Kenyatta sacks Dan Mwazo as Chairman of Kenya Ferry Services (KFS) together with all board members. Sacking follows death of Mariam and her 4-year-old daughter Amanda after their car slipped off a ferry and plunged into the Indian Ocean. pic.twitter.com/dIMyOE9gJg

Three weeks ago, a mother Mirriam Kighenda aged 35 and her daughter Amanda Mutheu died a very painful death after their car plunged into the Indian Ocean, in an incident believed to have arose due to the negligence of the Kenya Ferry Service management.

The two had disappeared deep into the ocean, with the authorities taking 13 days to recover their bodies together with the car.

Ideally, a few days later after the bodies were recovered, a near death experience happened as a Likoni ferry full of passengers stalled mid way.

The incident exposed the shame and rot in the service, with the lives of passengers at risk due to negligence and lack of safety measures to safeguard the travelers.

The Kenya Ferry was faulted on the same, with people accusing them of embezzling funds meant for development and sustainability of the ferry services.

For instance, the car that plunged into the Indian ocean sank slowly with no speed boats or rescue operators on the look out to reach out and offer help to the helpless victims.

Following the incident, President Uhuru has sent all the board members packing, with the motive to fix the rot and necessitate change.