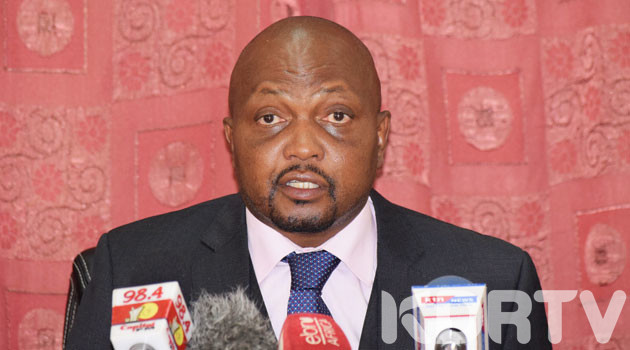 (KDRTV) – Gatundu South MP Moses Kuria has warned Kenyans not to be carried away by the government’s announcement that two Kenyans had healed from Coronavirus.

The vocal lawmaker compared the announcement that Brenda and Brian had been healed from the virus to one of Prophet David Owuor’s miracles. In other words, it was fake.

“Forget the Prophet Owuor healing Press Conference for the Brenda & Brian Initiative. Do not be fooled. Continue keeping safe. Corona Virus is a very lethal killer. 100,000 Americans will die in the next 2 weeks as confirmed by President Trump,” the MP said.

He said the government performed very poorly from a communication point of view and that someone could have misled President Uhuru Kenyatta. He further suggested that President Uhuru could be missing his deputy William Ruto.


Brenda was the first Kenyan to test positive for the virus. She is believed to have travelled to Kenya from the US through London. She then got in contact with Brian who also contracted the deadly virus.

President Uhuru unveiled the two to the media on Wednesday. He talked to them through a live video call.

However, most Kenyans on social media have poked holes into Brenda’s theory. The government first announced that the Kenyan patient was a woman aged 27, Brenda is 26. Brenda has also given conflicting reports in different media interviews.

According to blogger Robert Alai, the govt could have used Brenda to mask the scary jump of confirmed COVID-19 cases from 59 to 81.

The First Mistake, Brenda received the News of her Status from the media and not the Doctors. ???

Someone hold my beer. Is that even medically ethical? Then you also don't know her Right age? Didn't you get her details before treatment? ?