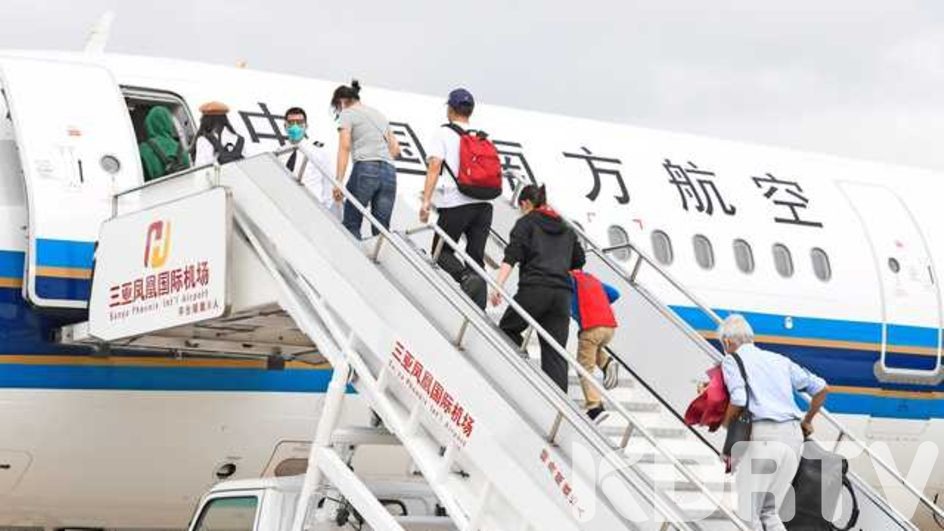 (KDRTV) – China has denied reports on a local newspaper claiming that 400 Chinese National are escaping Nairobi due to the COVID-19 pandemic.

Daily Nation reported over the weekend that at least 400 Chinese Nationals have gone to court seeking permission to be allowed to go back home because they fear the country might be overwhelmed by the COVID-19 pandemic.

The Chinese claim that Kenya’s Health system cannot handle an expected upsurge in cases and they are better off in their home country.

The same newspaper followed up with another story on Wednesday, reporting that at least 200 Chinese had left Nairobi on Tuesday night aboard a China Southern Airlines Plane.

The story further claimed that the plane was supposed to evacuate all the 400 nationals but could not due to the social distancing rules.

“The remaining 200 will leave in the course of the week. We were expecting all of them to leave at once, but considering the social-distance rule and the new sitting arrangement, they could not leave at once,” the paper quoted their lawyer Isaac Okinyo. Okinyo successfully asked the High Court to allow the Chinese to leave the country. Justice Weldon Korir granted him the request last week.

However, the Chinese Embassy in Kenya has said that the Daily Nation reports are false. In a statement, the embassy said that no Chinese plane has left the country this week. China said that the reports on Daily Nation are based on the writer’s imagination.

“The Embassy firmly reiterates that the reports on DN about Chinese taking flights back are false.There is no passenger flight to China this week. The claims that 200 Chinese flew out last night via China SA flight is totally false and based on the reporter’s imagination,” reads a statement from the Chinese Embassy.

STATEMENT:The Embassy firmly reiterates that the reports on DN about Chinese taking flights back are false.There is no passenger flight to China this week.The claims that 200 Chinese flew out last night via China SA flight is totally false and based on the reporter's imagination. pic.twitter.com/0kONmLjTkd

China was the epicentre of the virus which was first reported in late December 2019. Currently, the deadly virus has infected more than four million people and killed at least one million others.

Subscribe to watch latests videos
In this article:China in Nairobi, Daily Nation, Headlines