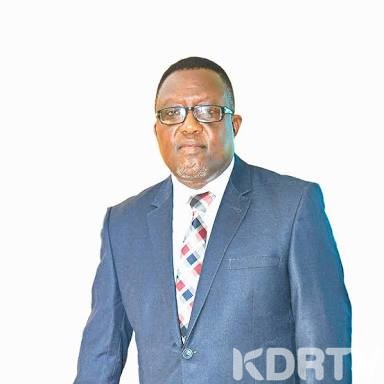 Social media has been awash with reports that Saburi, who is currently undergoing treatment for COVID-19 at Mbagathi Hospital, has stepped down from his position as the Deputy Governor.

These reports are currently unconfirmed. Renowned bloggers had shared news of Saburi’s resignation but deleted the tweets within a few minutes.

Gideon Saburi has done himself an honourable thing because what was awaiting him at the county was not only humiliation but wrath of mwananchi he couldn't survive.
I wonder why the four CSs responsible for flight 239 doing in office still. #coronaviruskenya

KDRTV understands that Saburi attended three burials after arriving from Germany on March 6. He also visited at least six other social places between the time he arrived and when he was forced to quarantine.

On Tuesday Kilifi Governor Amason Kingi, who is in self-quarantine, said that at least 100 county employees are also in quarantine after interacting with Saburi. We understand that 16 police officers from Kilifi have been quarantined after Saburi used a GK vehicle which they later used.

Saburi will be charged in court for disobeying a government directive to self-quarantine.

However, one of the employees he interacted with had promised to ensure that he (Saburi) is impeached for endangering the lives of people.

Was Saburi afraid of these threats to a point he chose to resign?

King, who appeared on Citizen TV on Tuesday night, asked Kenyans not to bully his Deputy. He said Saburi should be allowed to heal and then the law will take its course from there.

Kingi In Quarantine:
Kilifi governor in quarantine after he interacted with Deputy
Gideon Saburi tested positive for COVID-19 after Germany trip
Over 100 Kilifi county workers placed under quarantine #NewsNight@WaihigaMwaura pic.twitter.com/9piqxhcue7

If he has resigned, he will go on record as the first Deputy Governor to step down in Kenya. Not a bad thing to do.