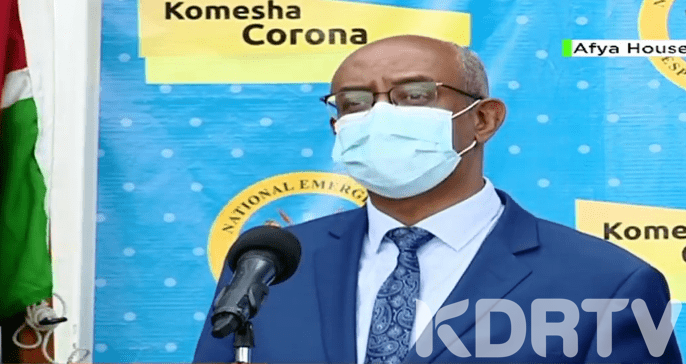 (KDRTV)-Kenya has confirmed 105 more positive cases of COVID-19 as the national tally surplus 3000 mark after 2,273 samples were tested in the last 24 hours.

According to the Health Ministry Chief Administrative Secretary Rashid Aman, the COVID-29 national tally stands at 3, 094

Among the new patients, 96 are Kenyan nationals while the remaining are foreigners from various countries

The new cases of coronavirus were distributed in various counties as follows:

In Mombasa, Kisauni had  5 cases, with Likoni having 4 cases and Mvita having one case each

Read also: Do you want my nudes before you can help? Susan Kihika to CS Kobia

Despite the expanding rate of infections that has continued to raise, the government of Kenya had announced that schools will reopen on September 1, 2020.