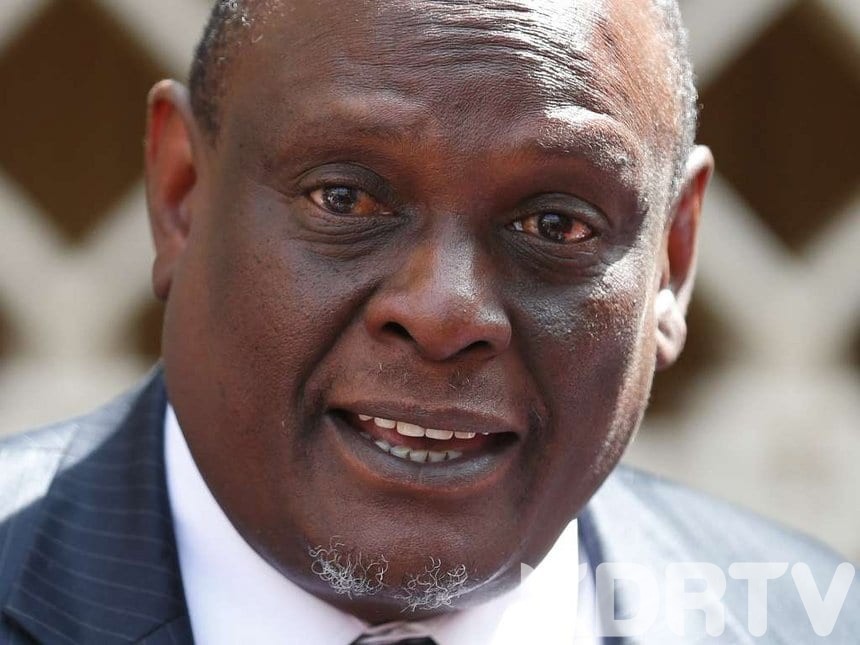 (KDRTV) – Jubilee Vice Chair David Murathe has hit out at the Party’s Kieleweke faction, claiming they are not campaigning for BBI in Mt Kenya region.

Murathe, in a rare retreat over his stand on the report, sided with Murang’a Senator Irungu Kang’ata, who has been on the spot for claiming that the report in unpopular in Central Kenya.

Kang’ata wrote a controversial letter to President Uhuru Kenyatta towards the tail-end of last year, warning him that only 2 out 10 people in Mt Kenya support the report.

And Murathe now says everything in Kang’ata letter was true.  He says the people claiming to be campaigning for BBI are lying.

“The war on Kang’ata should be stopped because everything he said in the letter to the President was totally the truth.

“Maybe the method he used was not the best by sharing the message with the public.

” These people who are going around saying they are campaigning for BBI on the ground are lying,” the Jubilee Vice-Chairman said in an exclusive interview on Kameme FM and Kameme TV on Thursday morning.

Kangata who has been under fire since the letter leaked to the media was quick to acknowledge Murathe’s support.

Murathe is one of President Uhuru Kenyatta’s most loyal lieutenants.

However, despite his sentiments on the BBI, KDRTV understands that politicians opposing the report have not been invited to President Uhuru’s consultative meeting in Sagana over the weekend.

The politicians, most of who are allied to DP William Ruto, have penned a stinging letter to Uhuru over the move.

Irungu Kang'ata among 41 MPs from Mt Kenya region who have written to President Kenyatta insisting BBI is unpopular; claim not invited to Sagana meeting pic.twitter.com/oFyJ2Qggu8

The letter, signed by 41 lawmakers, among them Kangata have accused Uhuru of betraying them even though they campaigned for him in 2017.