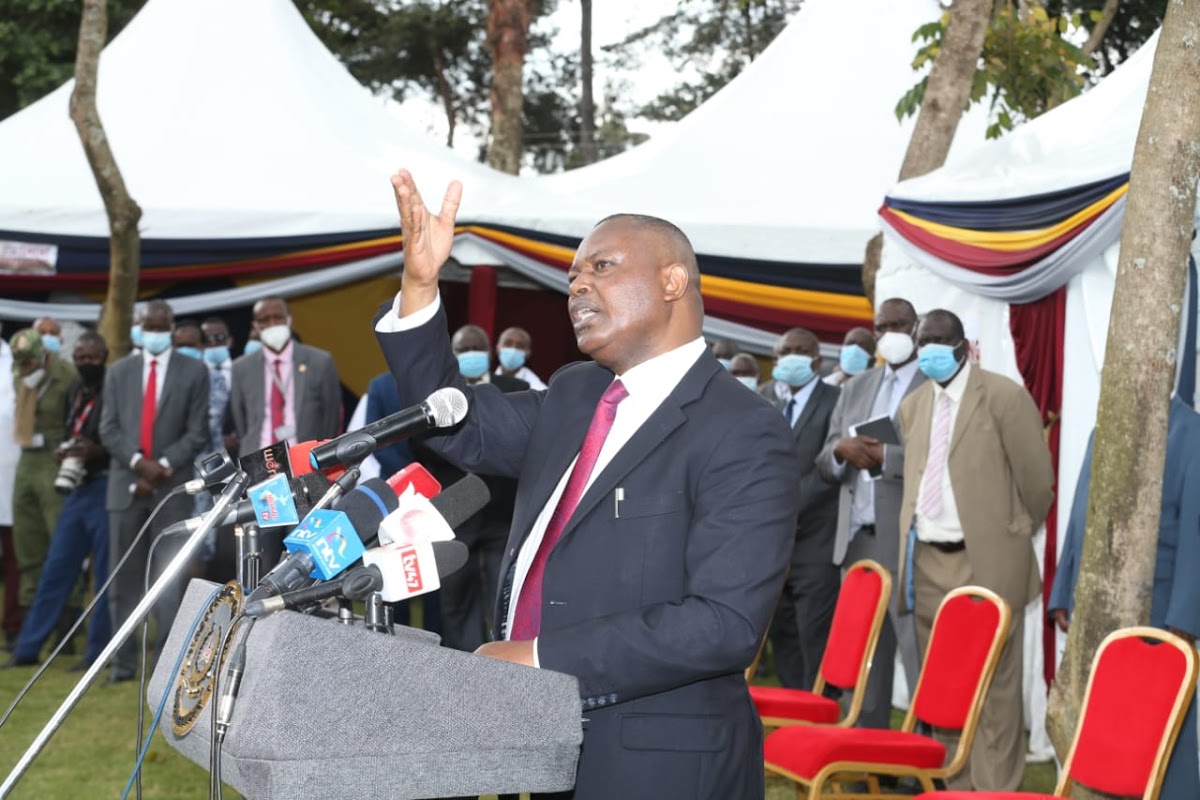 (KDRTV) – Director of Criminal Investigations George Kinoti has been forced to issue a clarification over plans to reopen the 2007 Post Election Violence cases.

In a statement on Tuesday, Kinoti said that his team will not reopen closed cases but will be pursuing fresh complaints from people who have reported that their lives and property could be in danger.

“We remain true to our mandate to prevent, disrupt and deter crime before it occurs. We shall continue to embrace proactive crime management and to safeguard the lives and properties of all Kenyans and apprehend those who breach the law and endanger their fellow citizens.”

This is less than 24 hours after Kinoti issues a stern warning to the perpetrators of the violence, saying that their days are numbers.

The chief crime buster, in a meeting with some of the victims of the violence, promised them that they will not be undergoing such horrors again.

“We are going back to these cases because people are being threatened, we cannot allow this to happen again in our country,” Kinoti said, “we have heard from the victims and they all know who is threatening them. We will protect them.”

Read Also: William Ruto Opens Up About Cause of 2007 Election Violence

“Very soon you will see the outcome of this event. We will look for them. I know they are waiting for another poll violence to occur. Let them try again. We will follow the truth, prepare all the files and say this is the person who killed this person,” the DCI boss added on Monday.

The victims of the violence, who recorded statements on Monday, will feel hard done by the DCI boss after his latest statement.

For more than 10 years, the victims have suffered in silence as the government does nothing about their plight. Some have even died as they wait for justice.

It was therefore appalling for Kinoti to parade the victims in front of cameras on Monday, only to coil his tail, a few hours later when politicians went for his neck.

The DCI boss should consider his relationship with the media. His work does not need attention. From the onset of this case, it looked like he was looking to create media attention rather than help the victims.

It is not the first time Kinoti has done this, we all remember how he called a press conference to tell us about Sgt Kenei’s murder. Nobody has been arrested over the heinous crime.