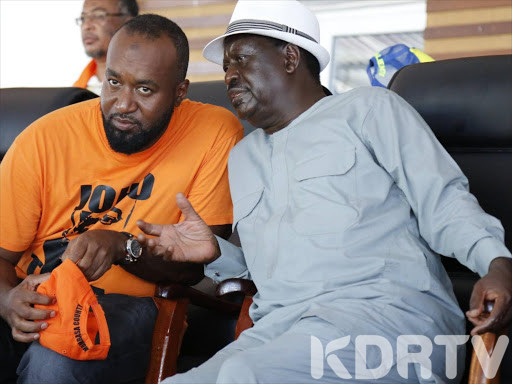 (KDRTV) – There have been a lot of questions following ODM leader Raila Odinga’s change on his stand on the third basis revenue formula. Raila, who had issued a statement last week asking Senators to vote for the adoption of the controversial formula, now wants the house to come up with a win-win formula that will ensure no county loses funds.

The third revenue basis wants counties to receive funds based on their population a move that will see at least 18 devolved units lose money to more populated counties. Coastal and North Eastern counties, regions that have been marginalised see independence, would have been the most affected.

This is why Raila’s support for the formula was interpreted as him betraying the regions which have supported his presidential ambitions in recent times. ODM has four governors in the Coast, all of whom would have lost funds in the new formula. Last week, coastal leaders released a statement accusing Raila of betraying them at a time when they needed him most. They said the former Prime Minister is only interested in the BBI report and not the interests of their people.

It is on the backdrop of this grand-standing that the African Union envoy asked Mombasa Governor Hassan Joho to organize a meeting with his colleagues. The meeting was held at Joho’s Vipingo Ridge residence over the weekend. Apart from the six Governors, Senate Minority leader James Orengo and former Gatanga MP Peter Kenneth also attended.

A source revealed to KDRTV that baba received a briefing from all the Governors on why the region was against the formula. In the meeting which lasted for three hours, the leaders agreed that the best scenario should be to ask for a win-win formula which would ensure no county loses funds.

Raila, in an interview with Daily Nation on Tuesday, said the new formula should be shelved until devolved units receive more funds from the National Government.