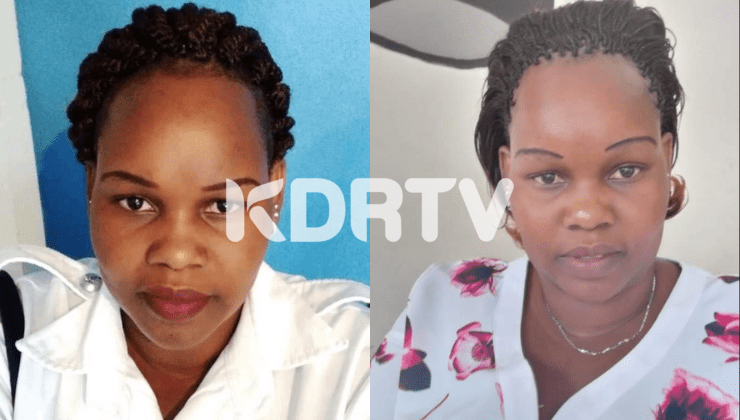 Image of Caroline Kangogo a Nakuru police officer on the run

Fugitive police officer Caroline Kangogo has finally spoken from her hideout listing one demand to the new task force formed to hunt her down.

According to sources who spoke to Kenyans, Kangogo has reached out to detectives and given them her demands because she fears for her life now.

READ ALSO: Nini Tena? Why Omosho Has Been Forced To Wait A Little Bit Longer Before Moving To New House

She said that before she turns herself in, she doesn’t want to be detained in any police station because she believes fellow police officers might kill her.

She believes the officers will killer to conceal what happened prior to her killings.

Her appeal comes after Law Society of Kenya (LSK) hired veteran lawyer John Khaminwa to workout on a deal between her and the police and also represent her in court.

Khaminwa, however, said that even though he has heard of reports that Kangogo reached out, he has not personally spoken to her or his law firm.

“I don’t know her personally. I have never met her. Maybe she is familiar with me and we may have interacted in the court’s precinct as I represented my clients.

“We (his law firm) offered to represent her in court and all she has to do is reach out to us,” Khaminwa told Kenyans.

Khaminwa filed a suit barring the state from arresting Kangogo when she surrenders early this week.

“We want Kangogo to remain free even after she surrenders to the authorities,” Khaminwa said Wednesday, July 14.

Kangogo, who is the main suspect in the murder of Constable John Ogweno in Nakuru and a civilian, Peter Ndwiga, in Thika, who met their deaths in less than 24 hours, has been on the run for almost three weeks now but detectives have been unable to nub her.

DCI said that tracking her movements has become almost impossible because she’s no longer using her phone.

“It has been challenging tracking down the officer because she no longer uses her phone. However, our team has stepped up the hunt,” said Nakuru County Criminal Investigations Officer Anthony Sunguti.