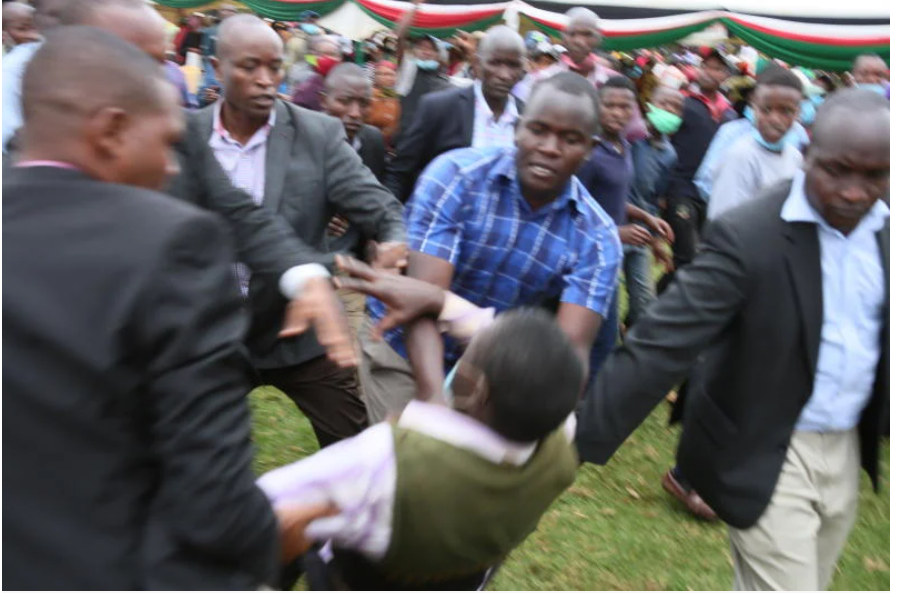 (KDRTV) – Deputy President William Ruto’s office has denied reports that a man attempted to attack the self-proclaimed hustler as he left a function in Murang’a County on Friday.

A man was seen trying to confront the DP as he left Rurii Stadium in Mathioya. In several photos seen by KDRTV, the man charged at the DP and even attempted to lift his hand in an attempt to attack him.

William Ruto attacks on Luos in Central Kenya is coz he believes the Kikuyu instinctive contrariety towards Luos will make them vote for him. It is in central Kenya where his messaging is purely anti-Luo posturing. Raila this Oburu that. Tuju this Oloo that. Acha ukabila chief.

Ruto was forced to take a step back during the incident before the attack was neutralized by his security. The DP smiled and continued to his vehicle after the man was pinned down. 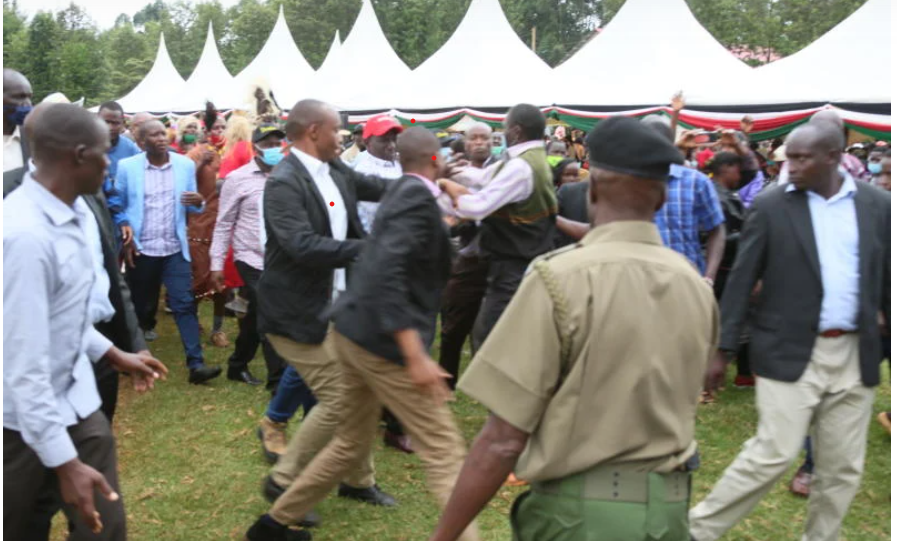 However, the DP’s communication secretary David Mugonyi has said the DP’s security misunderstood the man’s intention as he was only trying to give Ruto a gift.

In an interview with The Standard, Mugonyi said the DP had earlier been given a chicken by an elderly woman and the man was following suit with a gift of tea leaves before he was stopped.

The DP, who was accompanied by more than 20 MPs proceeded to another function in Othaya, Nyeri County. Ruto is expected to attend another meeting in Kirinyaga on Saturday before worshipping at a church in Tharaka Nithi on Sunday.

The DP’s forays into Mt Kenya region have been criticized by some local politicians.