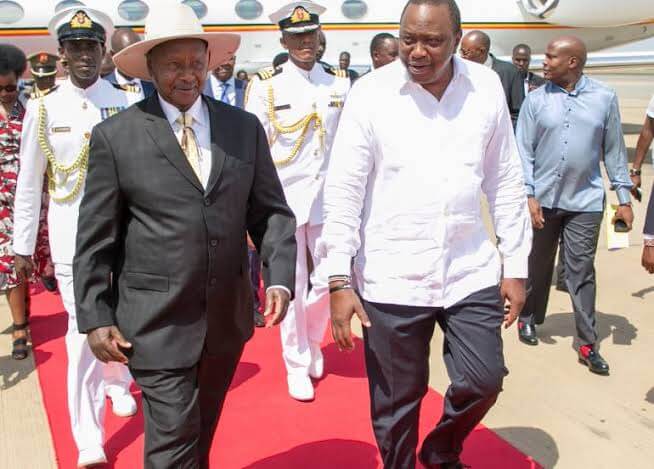 Uhuru reached out to Museveni after he was announced on Saturday as the winner of the Presidential election held on Thursday.

In his message, Uhuru said Museveni’s win is a testimony of the confidence of the people of Uganda in his leadership.

He further promised that Kenya and Uganda will continue deepening their deep bilateral talks to the benefit of their people.

It is not clear what happened but Facebook flagged the message as fake news.

The giant social media company said the same information had been checked on another post by independent fact checkers and found to be fake.

State House did not immediately issue a statement for deleting the post.

Apart from Uhuru, Tanzania’s John Pombe Magufuli is the only other leader who hasp congratulated Museveni over his controversial win.

Magufuli, who himself was on the spot for a rigged election last year, asked Ugandans to maintain peace.

World leaders have kept off commenting on the Ugandan election over claims of massive irregularities.

Museveni’s main challenger Robert Kyagulanyi is under house arrest from Friday evening after the military surrounded his home on the outskirts of Kampala.

The youthful politician has announced that he wouldn’t be accepting the outcome of the results becomes they had been rigged.

Uganda has been on total Internet shutdown since Wednesday. The government announced that they will restore the internet Monday when people come to terms with the results.