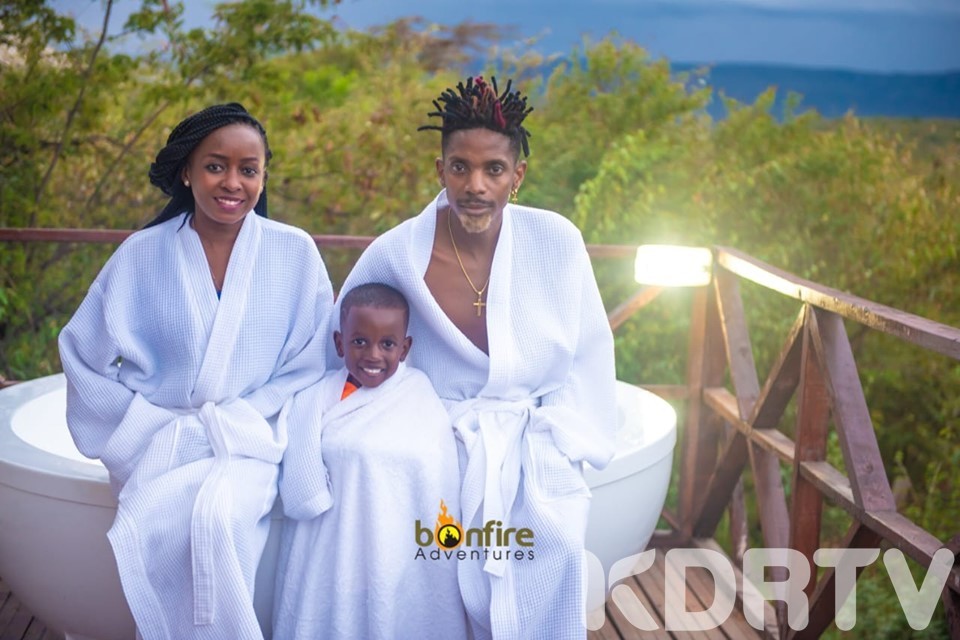 Dating a single mother should be considered an extreme sport in Kenya. Just one phone call from the baby daddy and your relationship will be up in smoke. At least, this is what Kenyans are saying after Comedian Eric Omondi and former TV Girl Jacque Maribe were spotted together on vacation.

Two weeks ago, Maribe confirmed that indeed Eric is the father of her son during the graduation ceremony of the minor. Of course, this was one of the world’s worst kept secrets.

“Family first. Happy graduation day Zahari. We, mum and dad @ericomondi are proud of you!” Maribe captioned a cute family photo on Instagram.

When she said family first, did she mean the two were planning to get back together? Well, a vacation in the Mara plains courtesy of Bonfire Adventures has just confirmed what we all thought.


It is interesting how Jacque allowed herself and her baby to be used in an advertising gimmick by Bonfire Adventures. Eric and his Italian ex-girlfriend Chantal had been the face of the tours and travels company for a very long time before they broke up early this year, but that’s a story for another day.

Now back to Maribe and Eric. The two dated sometimes ago, around 2014/15. A lot has happened since then. There have two prominent men in Jacque’s life; Jowie Irungu and Dennis Itumbi.

Jowie dragged the journalist to Langata Prisons where she was remanded after being accused of the murder. Even though she was released on bail, Jowie is rotting away at Kamiti Prisons and a section of Kenyans think it was so soon for Maribe to move on.

When they were together, Jowie used to pick Zahari from school before going to RMS to wait for the love of his life.

Maribe’s life turned upside down after the murder case. But Itumbi was there to keep her sane with schoolboy love poems. But just like Jowie, the Tanga Tanga blogger was the main reason Maribe was fired from RMS in July.

Citizen TV bosses were not happy with the fact that Maribe visited Itumbi when he was in custody at Muthaiga Police Station. They even took selfies.

And that is how Eric came back to the equation, himself having been in a failed relationship with Chantal, the gods have given them another chance. Will it succeed this time?