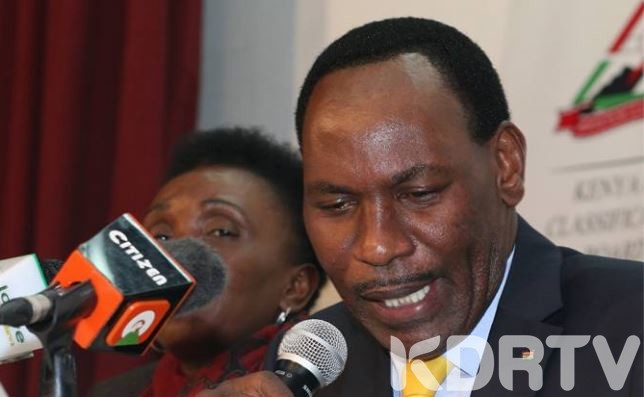 Machakos children’s office raised alarm on Wednesday with revelations that there have been 4,000 teenage pregnancies from January this year. Some of these cases involve children as young as 10 years.

Mutua now says that Kamba music is not only vulgar but also promotes teenage sex and objectification of women.

“The news about 4000 girls getting pregnant in Machakos County is shocking but not surprising. In 2017, a survey by KFCB on the effects of vulgar vernacular music on the youth captured this reality. Machakos County topped for vulgarity. Even the bands had sexualised stage names,” Mutua said on his official Twitter page.

In the 2017 survey, KFCB raised alarm about how Kamba vernacular music normalised teenage sex and objectification of women. Most music had young girls gyrating and the bands had sexualised stage names such as Katombi, Maima, Vuusya ungu etc.

The self-proclaimed moral cop said KFCB did a survey on the effects of vernacular music on the youth and came up with shocking findings. In Machakos, you will find bands like Katombi, Maima, Vuusya et cetera.

On his part, Machakos Governor Alfred Mutua attributed the high cases of teenage pregnancies to alcohol and substance abuse. The Governor further said that most of the children are impregnated by their own age mates.

I am SHOCKED by the figures of teenage pregnancies reported. Even though the figures are less because the number of 4,000 represents multiple visits of pregnant girls to hospitals, even a single teenage pregnancy is UNACCEPTABLE. See other counties figures below.

“We also need to be REASONABLE and admit that even though there are grown men preying on teenage girls in Kenya, many young boys are boyfriends of their girl age mates and engage in teenage sex. Men who defile our girls need to be dealt with but we also need to talk to our sons,” the Governor said.

KDRTV reached out to some of the stakeholders in Machakos and word on the ground is that the cases in Machakos could be higher. Most of the young girls are defiled by family members like fathers and uncles and the cases are unreported.