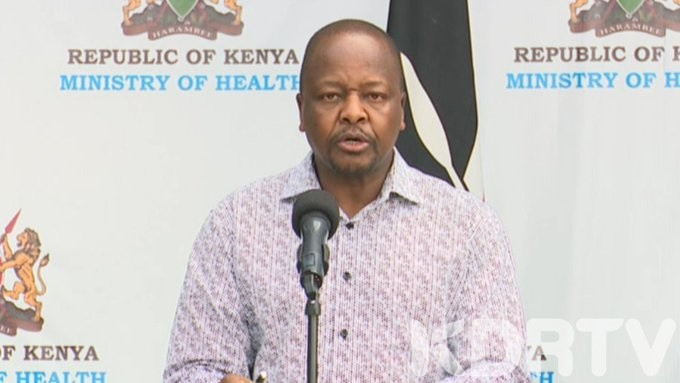 (KDRTV) – 12 more Kenyans have succumbed to the COVID-19 virus in the past 24 hours, Health CS Mutahi Kagwe has announced. This brings the number of fatalities to  311.

Today’s number is less than the 14 fatalities that were announced on Tuesday. Five people died on Monday. This means that more than 30 people have died this week alone.

The CS further confirmed that 544 people have tested positive for the virus. This brings the total number of confirmed cases to  19,125. According to Kagwe, the cold weather has played a role in the spike in the number of cases.

CS Mutahi Kagwe: Out of 5259 tested samples, 544 persons have turned positive. 340 are male & 204 are female. Young men should be very careful the possible side effects some of these diseases will have. We have lost 12 people & discharged 113 persons pic.twitter.com/neHLSEv4cl

The Health Ministry is concerned by the number in the rise of cases among heath workers. More than 600 medics are battling the virus in various hospitals.

“634 health professionals have turned positive across the country. We have sufficient PPE’s in the country if there’s a problem; it is on management or distribution but certainly not on availability,” Kagwe said.