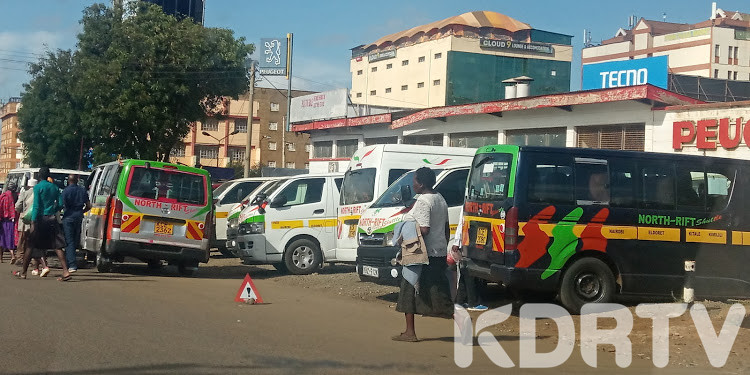 (KDRTV) – Health officials in Bungoma County are tracing passengers who were in the same vehicle with a man who later tested positive for COVID-19.

Bungoma Health CEC Antony Walela said that the patient, a 60-year-old man travelled from Nairobi to Bungoma on Wednesday.

He left his home in Mathare slums, used a Matatu to Nairobi CBD where he boarded a North Rift Shuttle to Bungoma town.

“While on the way, he starts feeling unwell, and upon arriving at Bungoma bus stage, he picks a Boda to St Damiano hospital, his preferred health facility in Bungoma,” Walela said in a popular Facebook Group called Bungoma Digest.

The clinician at the hospital decided to do a COVID-19 test on the man because he was having difficulties in breathing. The test came out positive.

The patient is now admitted at an isolation center in Webuye as the County embarks on contact tracing.

“We are following up with North Rift to isolate all those who travelled with the patient. What may be difficult to find is the Bodaboda fellow who took him to hospital,” the County Minister said.

The patient is one of the thousands of people who traveled from Nairobi to upcountry since President Uhuru Kenyatta lifted the restrictions of movement on July 6. 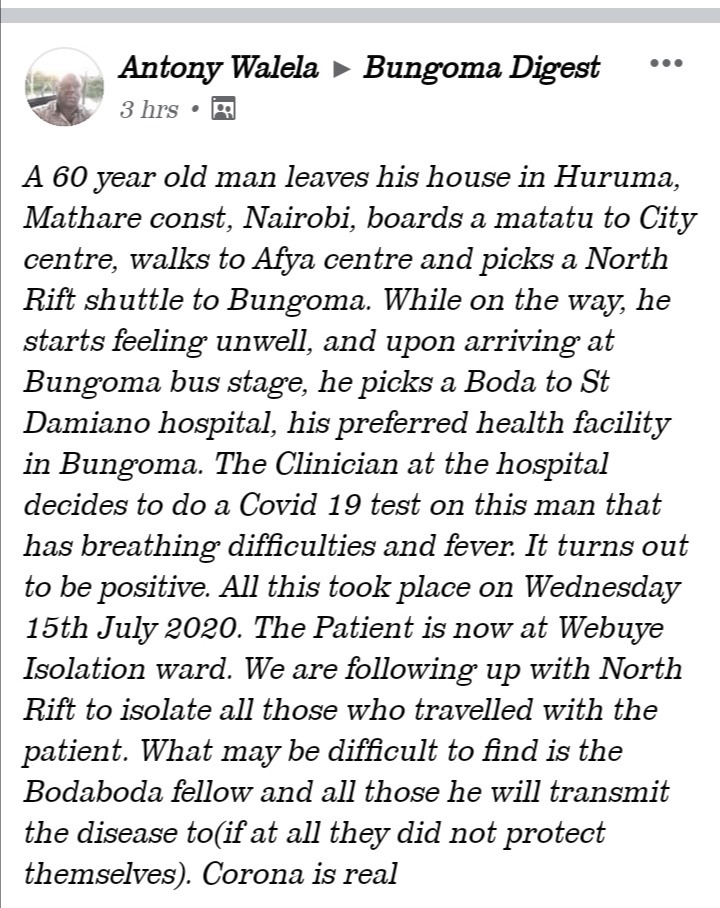 Bungoma has been one of the most affected counties by the pandemic, losing four prominent people to the virus.

They are Mr Maurice Namiinda, who was the first Kenyan patient to succumb to the virus. Namiinda was born in Bungoma County but buried at his home in Kitale. Senator Moses Wetangula’s younger brother Anthony Waswa also succumbed to the virus in May.