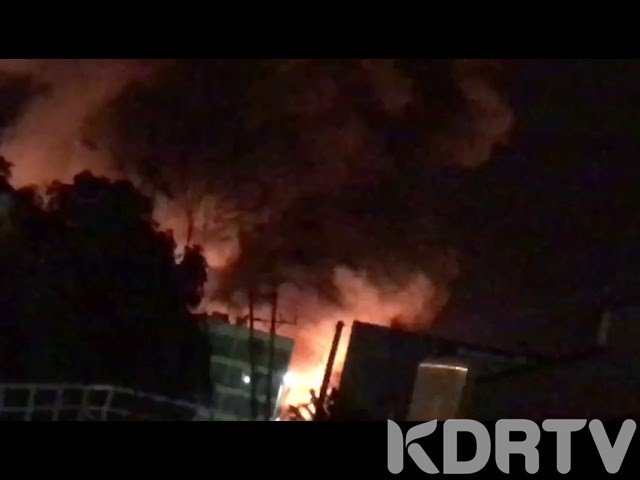 According to reports, the most destroyed properties include cereals and mitumba structures at the area opposite the COTU offices

KDRTV confirmed that the fire started at around 6;30 a.m with its source remaining a tale

However, so far, no injuries have been reported

“The main line has been controlled due to a fire incidence in Gikomba. Power will be restored as soon as possible,” Kenya Power and Lightening Company tweeted.

Since the beginning of this years, Gikomba market has been consumed by fire twice

Kenyans have taken to social media to demand answers from the President Uhuru Kenyatta led administration for perennial fire at the market.

A section of Kenyans also blamed land grabbers for constant fire at the market.

If my memory serves me right, President Uhuru Kenyatta ordered Sonko to form a committee to investigate the causes of Gikomba fires.
What were the findings?
What were the recommendations?

Forget it, we have like 78,346 committees in this country and none has been fruitful.

Below are the images of the market on fire: 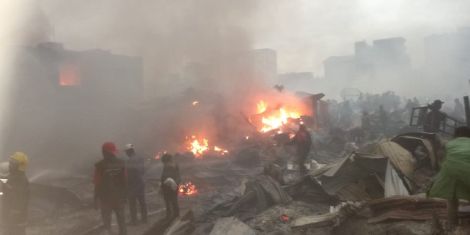 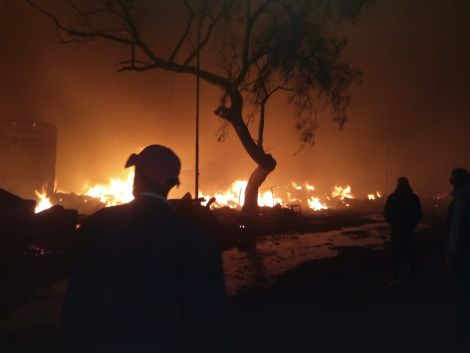 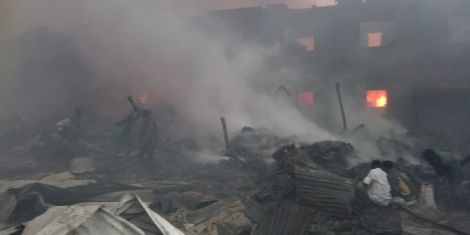 ALSO WATCH THE VIDEO BELOW: