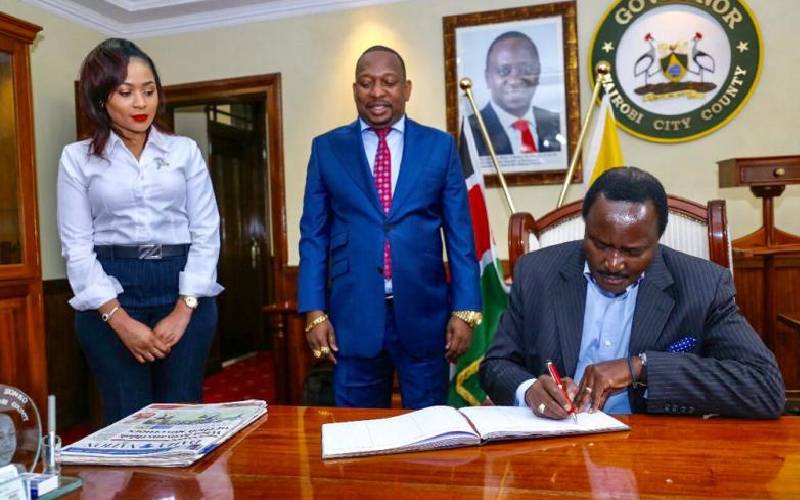 (KDRTV) – Until this week, very few people knew of Coastal politician Sharlet Mariam. But she has now been thrown to the national limelight following her move to join the Msambweni by-elections race.

Sharlet quit the ODM Party on Monday and moved to Jubilee Party only to be denied the party ticket.  Party Secretary-General Raphael Tuju controversially announced that the ruling party will not be fielding a candidate.

Msambweni parliamentary aspirant Sharlet Mariam says DP Ruto was practicing hypocrisy by condemning the dynasty politics while at the same supporting Feisal who is a relative of the immediate former Msambweni MP Suleiman Dori.

Initially, Kenyans thought Deputy President William Ruto would be supporting Sharlet after she was spotted at the DP’s church event over the weekend. However, things took a different turn when Ruto hosted Feisal Abdalla Bader, an independent candidate in the race. Political analysts interpreted this as the DP dumping Sharlet in favor of Bader

KDRTV has established that Sharlet remains a strong candidate and Nairobi Governor Mike Sonko could be bankrolling her campaigns.

William Ruto has ditched Msambweni hopeful, Sharlet Mariam for independent candidate, Feisal Abdallah Bader. This even after @WilliamsRuto poached Sharlet from ODM, then failed miserably to secure her the Jubilee Party ticket. As they say, a week in politics is a very long time. pic.twitter.com/vgBcwzrGwF

The 29-year-old lady worked as the Director of Protocol at City Hall before quitting her job. She still has a direct link to Sonko, an embattled governor who might want to flex his muscles after being in the cold for so long.

Sonko still remains an influential person in coastal politics despite shifting his base to Nairobi more than 10 years ago. He has property in Kwale County.

Sharlet, a holder of a degree in Communication and Governance, is a great mobilizer, an attribute feared by her competitors.

The fact that she hails from the most populous ward (Bongwe and Ukunda) in the constituency already gives her an upper hand in the race.