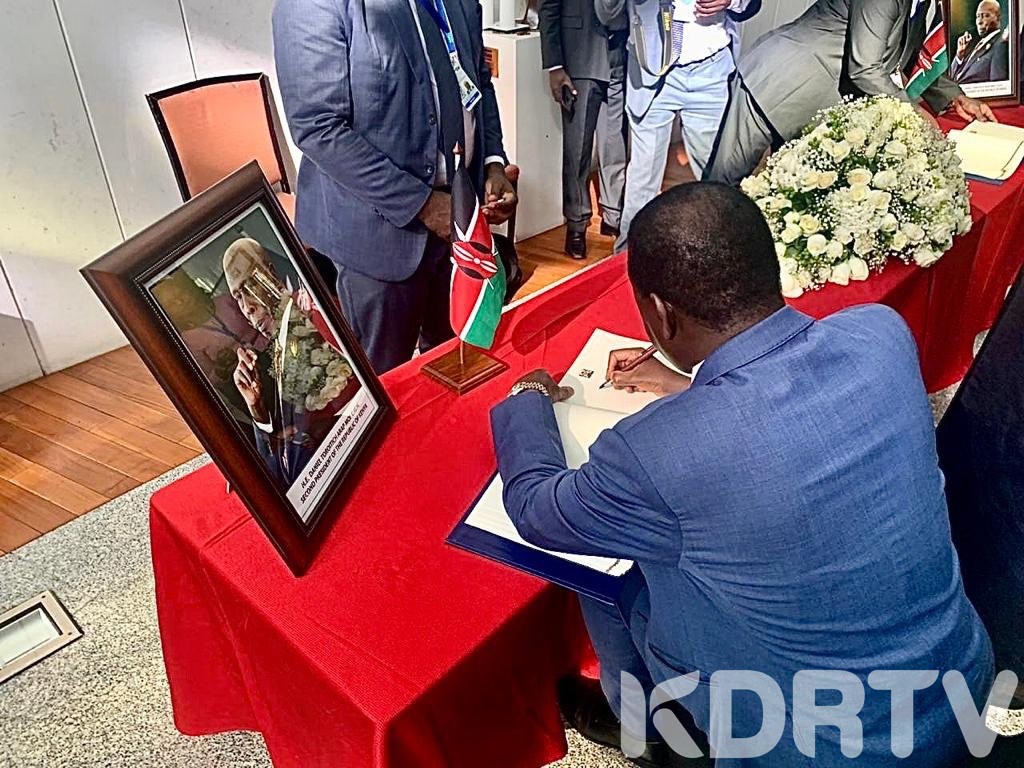 (KDRTV) – ODM leader Raila Odinga is expected to be the main attraction on the third and final day of the public viewing Mzee Moi’s body at Parliament buildings.

Raila, who has been out of the country since the demise of the founding President, will jet back to Kenya today (Monday) and head straight to Parliament to pay his last respects to President Moi.

On Sunday, the former Prime Minister announced on social media that he had signed Moi’s condolence book at the African Union Complex in Addis Ababa, Ethiopia. He said he was looking forward to joining Kenyans for the state funeral in Nairobi and Moi’s Kabarak home.

Signed the condolence book for President Daniel arap Moi at the AU Complex in Addis Ababa. Looking forward to joining fellow citizens In mourning the former president back home in Nairobi and Kabarak. pic.twitter.com/hYtMugetg6

Some of his followers claimed that Baba was mourning the former President internationally.

We have intel that thousands of Baba’s followers have not gone to view Mzee Moi’s body because they are waiting to accompany him to Parliament.

A governor from Luo Nyanza travelled to Nairobi with several supporters on Friday last week hoping to view the body on Saturday. However, he suspended his plans after learning that Baba had not travelled with President Uhuru Kenyatta back to Kenya after their trip in the USA.

The governor has book his supporters in a high-end Nairobi hotel for the past three days, waiting to accompany Raila to Parliament.

Raila had a love-hate relationship with Moi. The ODM leader is believed to have played a key role in the attempt to oust the President in 1982. He was thrown in prison over this. In the late 90s, the two joined forces and Raila was one of the favourites to replace Moi.