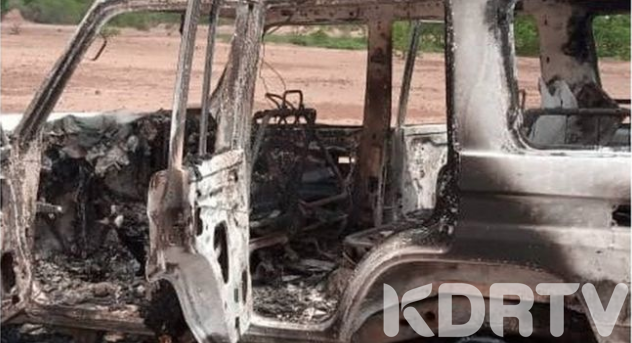 Reports exhibit that the assailants arrived at the scene on motorcycles and started firing at the victims, the governor of Tillaberi region, Tidjani Ibrahim announced.

The aid workers were in Koure region, a tourist site where they set last herds of giraffe in West Africa

The president of France verified the deaths of his citizens

According to Niger`s defense minister Issoufou Katambe, the French nationals worked for an international aid group called ACTED which is a French humanitarian NGO.

According to images seen by KDRTV, the vehicle the victims were traveling on seemed to have been burnt and the attack reportedly occurred at 11:30 local time (10:30 GMT)

KDRTV could not immediately authenticate who is behind the deadly attack but our sources hint that jihadist groups have been recently emerging in the area.

So far, the French government has warned its nationals against traveling to a larger part of Niger

France has been leading the battle against Islamist militants in Niger which is it former colony since June 2020.