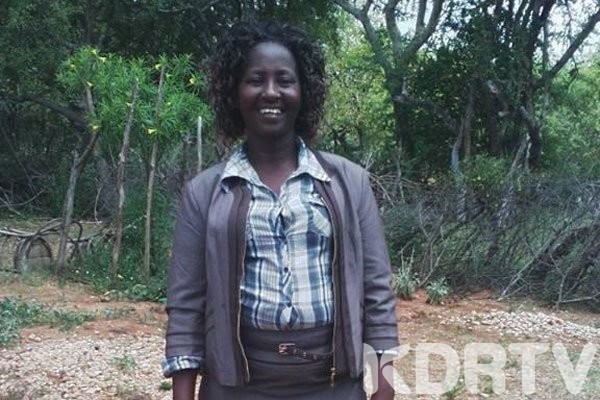 (KDRTV) – Fresh details have emerged on the macabre murder of the Kitui teacher, who was killed by irate parents on Monday.

Daisy Mbaluka, a Science teacher at Ndooni Primary School was taking her two daughters to St Angela’s Secondary School in Kitui when she was attacked and killed in one of the most macabre murders in recent history.

The three were on two motorbikes when they were ambushed by an angry mob. The senior teacher was hit by a blunt object on the head before her attackers drew petrol from the motorbikes and burned her body to ashes. Her daughters managed to escape to a nearby homestead.

Mdooni Primary School headteacher Dickson Musya said that a section of the community hated the deceased teacher for unclear reasons. She had been barred from some shops in the area.

The parents had earlier on tried to attack Ms Maluka at the school but she had escaped. They accused her of being the reason behind the poor KCPE results. But the headteacher doubted this and said he should have attacked him if that was the case.

“There was some kind of unexplained bitterness from the community towards her. During our stormy meeting on Monday, the parents told me they had resolved to demand an immediate transfer of the teacher,” Mr Musya told journalists on Thursday.

Kitui East Police Commander Consaga Malasi has also refuted claims that the teacher was killed due to poor KCPE performance. He said the killing was purely criminal.

“From what we have gathered so far, there is no link between the parents’ protest over poor school performance and the killing of the teacher. Her killing is purely criminal and has nothing to do with school results.,” Malasi said.

Two parents have been arrested and charged with the gruesome murder. Yesterday the court allowed detectives to hold Kyalo Muli and Wambua Mwangagi for 21 days to complete the investigations.

The Teachers Service Commission has withdrawn six teachers from the school and warned that it will not send another teacher to the school until that time when the security of the teachers can be assured.