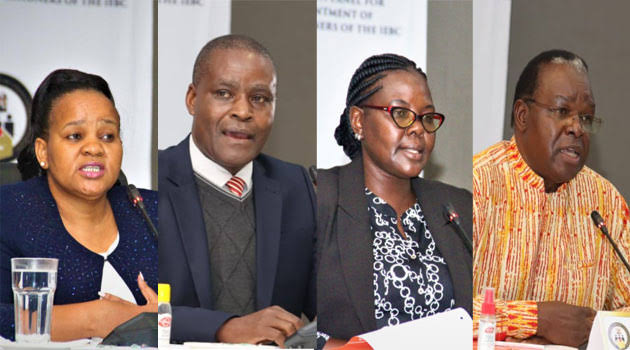 IEBC commissioner Francis Wanderi, stated that the result, which represented a 56.17 percent turnout, did not include voters who cast ballots manually or in the final hour of the official timetable.

The commission anticipated that the final voter turnout would be around 60%, making it one of the lowest in the nation’s voting history.

He attributed the lower turnout to poor leadership in the country which made a number of Kenyans opt not to vote.

“There are many reasons that may cause low voter turnout. But as of now, if we are at 56.17% we are doing well because voting is still going on. In some areas, the voter turnout is quite high.” He stated.

“It’s true that turnout has been low in many parts of the country however we are urging many to come out and vote so that they can exercise their constitutional l right,” Wanderi added.

Leaders in the Mt Kenya region blamed the poor voter turnout on the poor weather and advised citizens to vote in the afternoon.

Anne Waiguru, indicated that the cold weather and farming activities kept voters away from the polling sites.

Kanini Kega, echoed her comments, noting that the cold weather discouraged many from voting, particularly the elderly.

“Since 1992, Mt Kenya region has always produced a presidential candidate and that is the reason why the people of this region come out in large numbers. Having no candidate coming from the region can also be blamed for the low turnout,” he stated.

Also Read: What Ruto said after Casting his vote in Kosachei, Sugoi