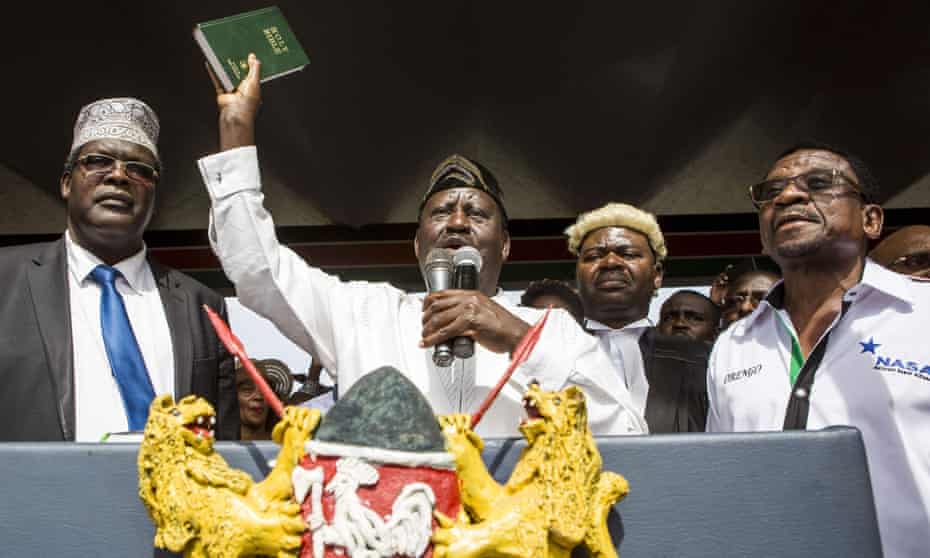 While speaking during the burial of popular musician Big Mic, Orengo lectured his Siaya gubernatorial opponents, Charles Owino and Nicholas Gumbo, warning them that they won’t have an easy way into the party.

The two politicians are vying for the gubernatorial seat of Siaya and Orengo wanted them to understand that there won’t be any favors for them since they abandoned Raila Odinga in 2018.

“I have to speak politics here without mincing my words that now we are looking for power and Raila is getting support from all over the country,”said Orengo.

“Currently, more than five governors from the larger Mt. Kenya region have thrown their weight behind Raila Amollo Odinga. If you go to Mombasa, you find Joho supporting Raila, if you go to Kilifi, Kingi was elected under the ticket of ODM.”

Orengo said that with all these backings from people well-known in politics, people who are still working to make a name should always support ODM.

“Even Oparanya is praising ODM. That is why am asking myself, the day Raila was being sworn in at Uhuru Park with the threats of him being arrested, where were all these gubernatorial aspirants then?” he went on.

“Did you see them there? They cannot claim anything yet they have never contributed to such serious events. Even recently president Uhuru made it clear that they cannot allow thieves to take over the leadership of the country.

“If Uhuru can back Raila who are you to go against ODM? Said Orengo amidst chants from the burial attendants.”

At the funeral which saw prominent businessman Joe Adewa from Ugenya constituency bury his son, Siaya Governor Cornel Rasanga Amoth also said that he will be supporting whoever has not been plotting his downfall.

Orengo further told Siaya voters that this should be the time they put all their efforts into supporting Raila.

“We cannot afford to abandon Mr Odinga at this critical time when other leaders from Mount Kenya, Rift Valley, Western and Coast have decided to support him and strengthen his fifth bid at the country’s top job,” he said.