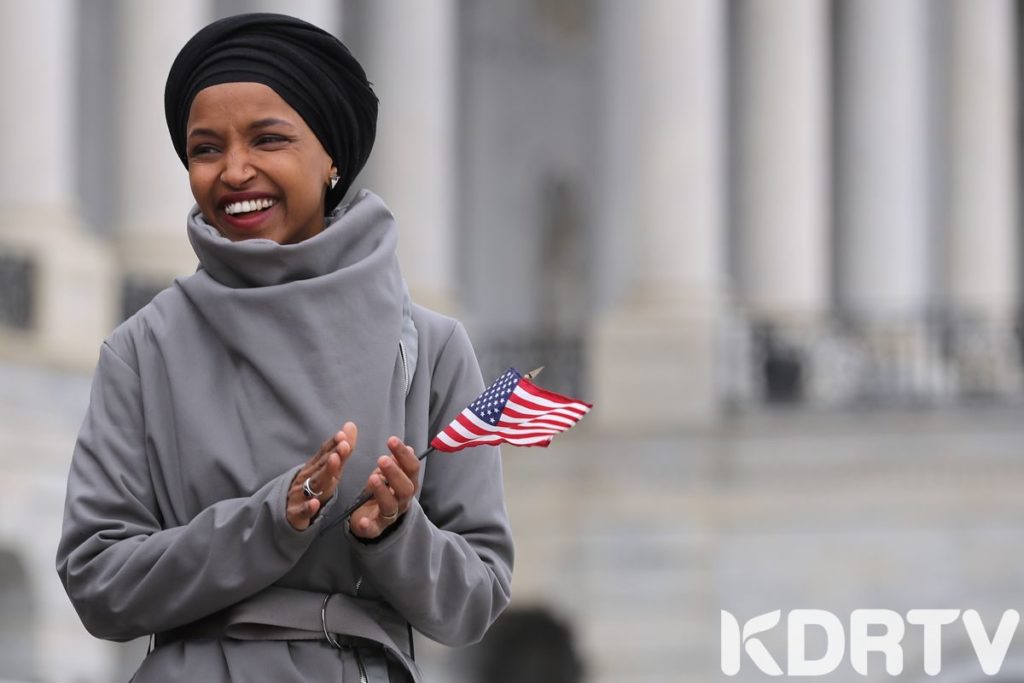 KDRTV News Minneapolis- Congresswoman Ilhan Omar who is currently serving as the Congressional representative from District 5 in Minnesota easily beat her closest rival is a race hotly contested race.

Her Challenger Antone Melton-Meaux who was touted to beat her in the primaries conceded defeat and thanked his supporters for standing by him in and promised to work with Ilhan Omar to bring change and uplift the living standards of Minnesotans.

Antone Melton-Meaux is a Lawyer with deep pockets who gave Ilhan Omar a run for her money and many political analysts were divided down in the middle in giving projections on who might clinch the democratic ticket to run against a Republican challenger in the Congressional race slated for November this year.

Ilhan Omar has served as US District 5 Congressional woman since the last General election and she’s a thorn in the flesh in  President Donald Trump’s Administration  by opposing most of his policies both at home and internationally.

Ilhan Omar came to the US as a refugee and has become a powerhouse especially in the Immigrant community by advocating for their rights at the Congress and back in her home state of Minnesota.

Her win has jolted many immigrant’s quest for elective positions in various states and currently an Immigrant from Minnesota is also running for Senate seat.