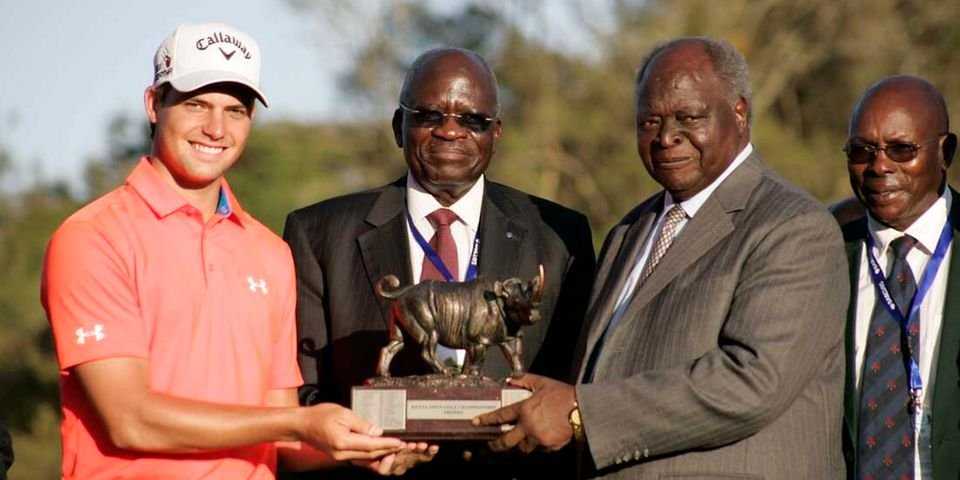 Mwai Kibaki, Kenya’s third President who died on Friday, was an ardent golfer until he was injured in a near-fatal car accident at the Machakos intersection in 2002.

While serving as vice-president to Kenya’s second president, Daniel Arap Moi, Kibaki made time for a round of golf despite his hectic schedule.

His golf career, however, came to an abrupt stop when he was involved in a road accident returning to Nairobi after a campaign gathering in Machakos shortly before the 2002 General Election.

Although he recovered quickly and regained his ability to walk, the ankle injury he had prevented him from returning to the game he loved.

Apart from golfing, Kibaki promoted golfing activities across the country. He sponsored several tournaments at Nyeri Golf Club, including the annual Kibaki Trophy, which he began sponsoring in 1975.

Additionally, the former president backed golf competitions at Muthaiga Golf Club and Thika Sports Club. He was a member of these two clubs in addition to Nyeri Golf Club.

He did, however, spend the majority of his time at Muthaiga.

As a golfer, Kibaki preferred to play in jeans, a habit that almost got him into trouble with the Muthaiga Golf Club’s leadership. His sluggish play became a source of contention with some of his playing partners.

As President, he occasionally visited the Muthaiga Golf Club for a late afternoon lunch and interacted with some of the club’s founding members.

He never missed the Kenya Open Golf Championship’s prize-giving ceremony or any other international athletic event that Kenya hosted.

He was last spotted at Muthaiga Golf Club in 2019, when he paid a late lunch visit.

Subscribe to watch latests videos
In this article:President Mwai Kibaki