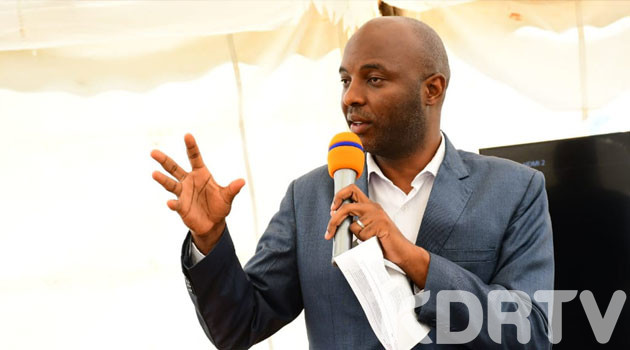 (KDRTV) – Murang’a Senator Irungu Kangata would have lost his lucrative house Majority Whip position but for his friends in Tanga Tanga.

The Lawmaker has revealed how a plot to dewhip him flopped over lack of quorum because Senators allied to Deputy President William Ruto refused to play ball.

His troubles started after his controversial letter to President Uhuru Kenyatta, warning that BBI would flop in Mt Kenya, leaked to the media.

He says he received phone calls from very powerful people in government, warning him to recant the letter or face the music.

Read Also: Kang’ata Claims his Life is in Danger

“I started receiving phone calls from all powerful institutions in this government demanding that I recant the letter and also I be funded to go to the grassroots and speak well of BBI. I refused since I had, and still retain, a conviction I was being truthful and helping my president escape political shame shadowing him in Mt Kenya,” he said in an interview with Nation.

It is at this point that a decision to kick him out of the leadership was made.

KDRTV reported here that Kang’ata and senior Jubilee officials held a meeting where it was agreed the Senator would resign at a press conference. However, he refused to turn up at Jubilee Headquarters.

Kang’ata has admitted that Ruto allies saved the day by refusing to be part of the plot to dewhip him. This, denied the Jubilee honchos the numbers.

This perhaps explains why the first time Senator is supporting DP William Ruto.

Interestingly, Kang’ata was the main beneficiary of the crackdown on Tanga Tanga Members last year as he replaced Nakuru’s Susan Kihika as Majority Whip.