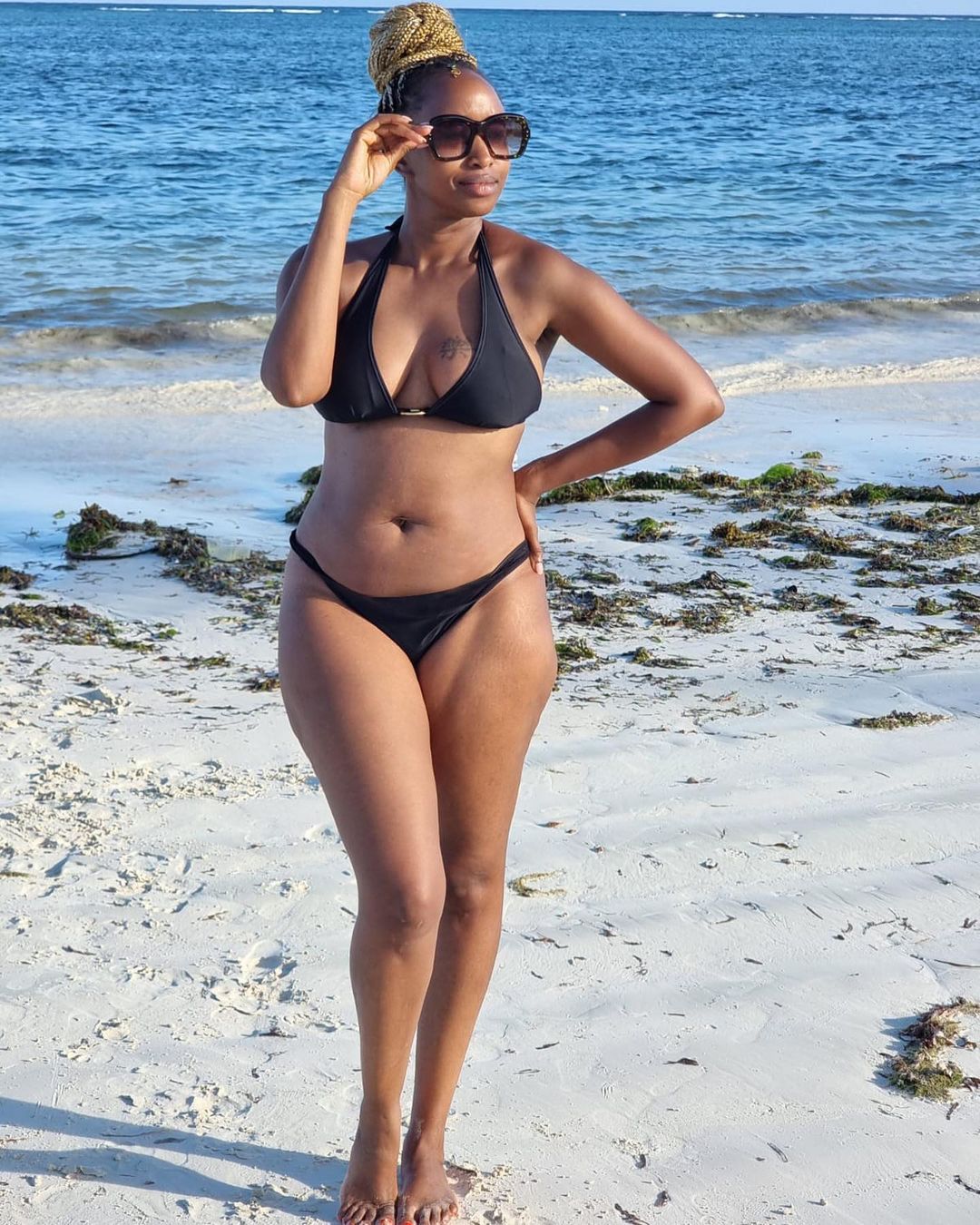 Former Citizen TV news anchor Janet Mbugua was recently on social media to flaunt what her mama gave her while enjoying the sandy beaches at the coast.

The mother of two, who has just arrived at Kikambala, took to Instagram to show acres of skin and her sexy boob tattoo as she enjoys the warm weather. 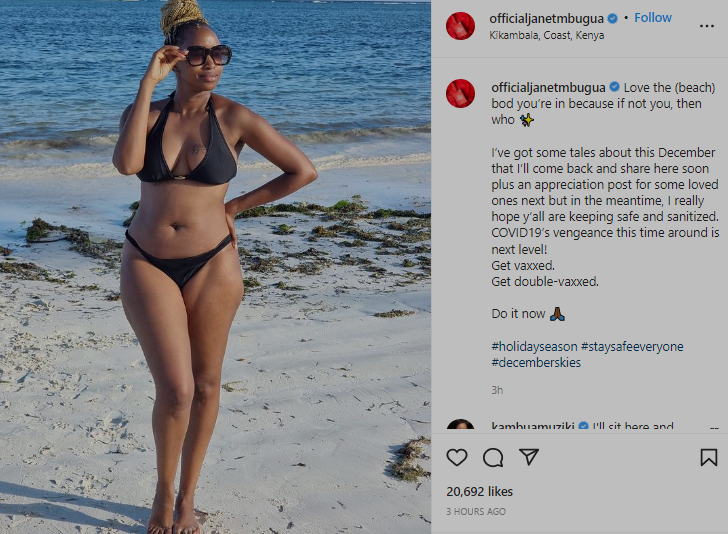 “Love the (beach) bod you’re in because if not you, then who ✨I’ve got some tales about this December that I’ll come back and share here soon plus an appreciation post for some loved ones next but in the meantime,” she said.

“I really hope y’all are keeping safe and sanitized. COVID19’s vengeance this time around is next level! Get vaxxed. Get double-vaxxed.Do it now.”

Mbugua, however, hasn’t shared whether she’s at the coast with her estranged hubby Eddie Ndichu and family.

The two have been having marital problems and it’s rumored that they no longer share the same bed, or house for that matter, despite having two kids.

The two brothers are being accused of assualting Stephanie and Cheryl Murgor on October 27, 2021, after they denied their sexual advances at the hotel.