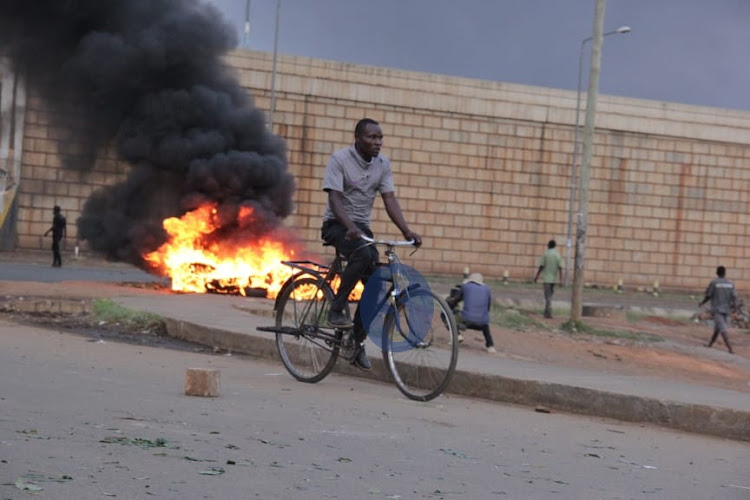 Journalists In Kondele Might Have To Spend A Night At The Police station Fearing For Their Lives. This is after chaos were witnessed this evening in Kondele.

Earlier this evening, Wafula Chebukati announced William Ruto as the president elect. Most parts of Kenya celebrated Ruto’s victory. However, journalist who were reporting from Kondele will now have to spend the night in one of the police station for them to be safe. Youths burnt parts of the streets as they were trying to protest.

In the evening, Kondele in Kisumu was one of the places that had uproar soon after the IEBC Chairman Wafula Chebukati declared William Ruto as the President-elect on Monday August 15, 2022.

Kondele residents did not accept the outcome and had to engaged police in a cat and mouse running battle.

On the other hand, residents of Uasin Gishu and Nakuru town took their excitement to the streets in town. They celebrated soon after Chebukati announced William Ruto as the president elect. However, police were deployed in most parts of Uasin Gishu in case of any chaos. Luckily, no chaos were reported around Uasin Gishu from the announcement of the presidential results.