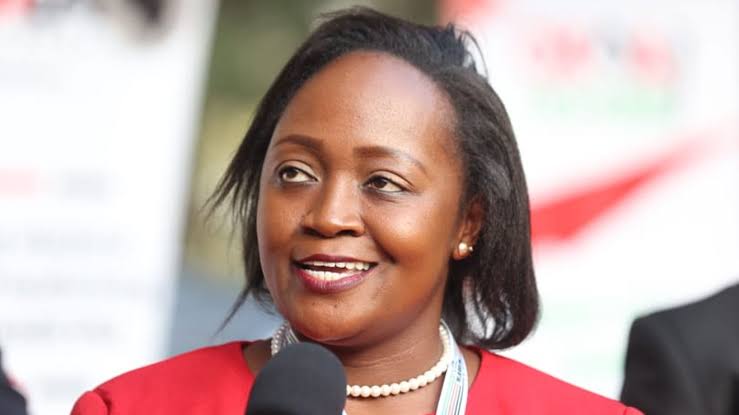 In a letter to the Roots party dated September 22, Wamae stated that she was ending her membership to the party.

“My role as Roots Party of Kenya Presidential Running mate lapsed with the declaration of H.E President William Ruto and H E Deputy President Rigathi Gachagua on the 16th of August 2022 and subsequent upholding of the election by the Supreme court of Kenya on the 5th of September 2022,” the letter read in part.

“In this regard, I tender my resignation as a member of Roots Party of Kenya. Kindly accord the ORPP the requirements for my name’s prompt removal from your party register.” She added.

The Registrar of Political Parties Ann Nderitu hours later granted Justina’s request and informed her that her name had been removed from the Roots Party records.

“According to the records held by this office as of 22nd September 2022, Justina Wamae is not a member of any registered political party,” stated Ms. Nderitu.

Wamae after being granted her request took to her Twitter account and said that the Wajackoyah-led political outfit would now not receive any funding since it did not win any seat at the August General Election.

“A party is not entitled to funding if they do not have elected members. The hostility besides project was that Mizizi will benefit from the fund. I have voluntarily resigned they can now eat hot air. Watch this space,” she wrote on Twitter.

Wamae and Wajackoyah fell out days to the August 9 General elections after he publicly endorsed Azimio la Umoja leader Raila Odinga. Wamae on the other stated that she would not follow her party leader and therefore he would support the contrary.