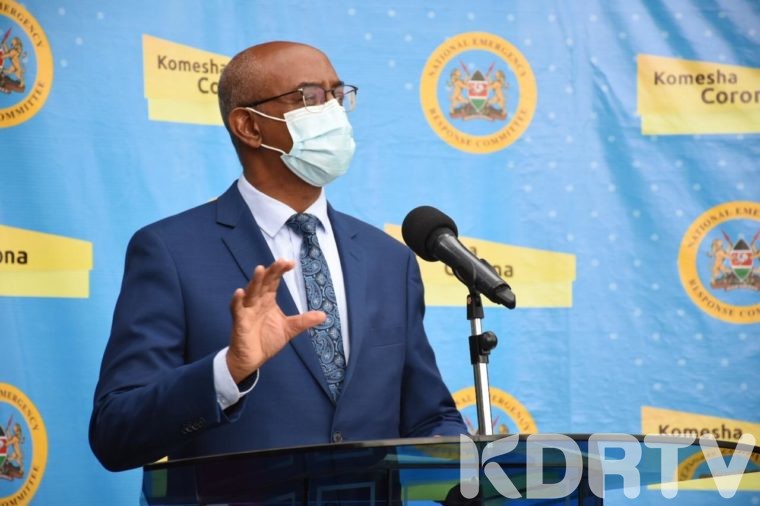 (KDRTV)-Kenya has recorded 15 more positive cases of coronavirus after 978 samples were tested in the last 24 hours, bring the the total number of positive cases to 715.

According to statement by the Ministry of Health`s Chief Administrative Secretary Rashid Aman, 14 out of the 15 new patients are Kenyans while the other one is a Rwandese national

“14 are Kenyans while one is a Rwandese national. The youngest is 1.8 years old while the oldest is 62 years,” Dr. Aman said.

According to the ministry of Health, out of the new 15 COVID-19 patients, 10 of them are male while five are female.

On the same note, the coronavirus cases were spread in various counties as follows; 7 patients are from Mombasa, 3 are from Migori, Wajir reported 2 cases while Nairobi, Machakos and Kiambu each recorded one case

In Mombasa, five cases are from Mvita, while Jomvu and Kisauni each had one case

In Migori, Kuria East, Tebesi and Nyamarama reported one case each

According to the Health CAS, two more persons from Isebania and Tanzania also tested positive for COVID-19

The Health Ministry also announced that eight more patients have been released from hospitals after recovering from COVID-19.

UNFORTUNATELY, three other patients according to reports released by the Health CAS, succumbed to the respiratory disease.

In the meantime, Kenyan government had announced that there was possibility to re-open schools in June, however, this would consider the rate of the coronavirus spread.

Worrying enough, the nation has continued to see a rise in the infections of coronavirus as the whole world struggle to come up with effective vaccination